How would you react if you were on a boat that suddenly began to sink or if someone suddenly jumped in front of your car? Such scenarios and peoples’ reactions are the focus of a specialised lab at the Czech University of Life Sciences in Prague. Among other things, it relies on virtual reality as a tool – details were unveiled this week. Photo: CTK The Czech University of Life Sciences' lab has been operational for two years but was officially presented for the first time on Wednesday this week. The aim of the lab to record individuals’ reactions under a variety of different scenarios which would be difficult to replicate in a real setting, and to gauge the impact, such as stress, on the human organism.

Roman Kvasnička is the vice dean for external relations:

“What we presented were two parts of the facility: a collaborative lab where we study group decisions and behaviour and second, a 3-D lab, where we make use of virtual reality.

“In the virtual reality lab, we can test reactions of someone driving. We also have different scenarios available through VR headsets. These allow the user to walk in an environment they would otherwise never have the chance to visit.”

One module, he explained, allows the user to experience what it is like in outer space; in another, an architect can walk through a building which does not yet exist. All the while, the lab records biometric readings such as pulse, eye response, and body temperature. 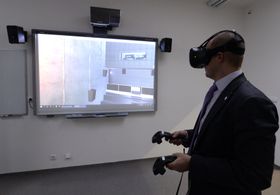 Photo: CTK “The information or data gained can be used in many different ways. Some scenarios are more suitable than others, namely situations where one would risk injury in real life. A situation where someone has to swerve to avoid hitting a person with their car is obviously something you can’t normally study. Or an emergency at a production plant.”

“When we run a scenario, we can judge where things went wrong and the person can go through the simulation again to try and improve their reaction.”

The lab cost roughly 33 million crowns to build, most of which was covered by EU funds. The university provided six million. One member of the scientific team told the Czech News Agency the lab could have commercial uses as well, allowing firms to test constructor toy systems for children or furniture producers to test home assembly of their products, testing, for example, whether instructions included with manufactured products were concise. 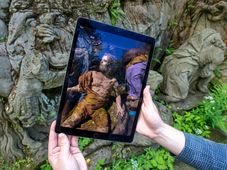 Brun’s Nativity Scene is an impressive sculptural art work located near the Kuks Baroque complex in east Bohemia. Thanks to a new augmented… This year, the annual Animayo festival, which focuses on animation, visual effects and videogames, is set to become the first ever… 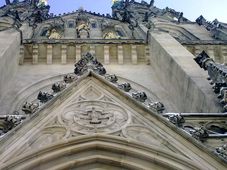