Czech Prime Minister Bohuslav Sobotka gave a detailed outline on Monday of the foreign policy challenges faced by the Czech Republic and European Union. The remarks came as part of an annual address to the country’s ambassadors, which took place at the Czernin Palace headquarters of the Czech Foreign Ministry. 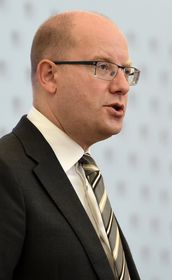 Bohuslav Sobotka, photo: CTK Bohuslav Sobotka spoke for a little over 25 minutes, detailing a number of pressing foreign policy issues faced by the Czech Republic – from terrorism, migration, Russian aggression, the attempted coup – and subsequent repression – evidenced in Turkey, and the impact of the Brexit vote. The Prime Minister began by declaring that the turbulence of the past two years has essentially closed the door on a chapter of relative peace in Europe. Now, he said, security has become a dominant issue. Mr Sobotka then argued that the migration crisis served as a key reason for the creation of a joint European military force:

“Our experiences with the last migration wave have shown the importance of Europe’s internal borders. In the face of uncontrolled mass migration, even states in the centre of Europe have realized that internal borders must be better controlled… aside from better coordinated foreign and security policy, I also believe that in the long term, we will be unable to do without a joint European army.”

Sobotka stated his belief that such a force would not undermine NATO, but rather complement it, and also added that the Czech Republic would maintain close alliances with the US, no matter who wins the presidential elections there in November. Turning to Europe, and the impact of the Brexit vote in the UK, Sobotka warned that turning away from many of the tough debates faced by the continent would open the doors to “populists and extremists”. After urging the European Commission to back down from imposing migration quotas on member states “against their will” Sobotka made a point of reiterating his firm belief in the Czech Republic’s continued place in the EU: Photo: archive of Czech Army “I would like to take this opportunity to repeat that there is no positive alternative for the Czech Republic than membership of the EU… a stable and functioning European Union has been – and must remain in the future – a key priority for the European Union.

Sobotka’s call for a pan-European army met with a negative reaction from a number of figures across the Czech political spectrum. The opposition TOP 09 party’s deputy chair Marek Ženíšek said that he believed the Czech Republic’s NATO commitments were sufficient to meet the country’s needs:

“I agree with all the other broad points laid out in the Prime Minister’s speech – from Ukraine, to Turkey, to the statement that the Czech Republic has no other alternative to EU and NATO membership. The one thing I cannot agree with is the creation of an EU army.” 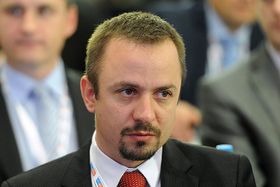 Marek Ženíšek, photo: Filip Jandourek Similar sentiments were expressed by Czech communist party deputy chair Josef Skála, who expressed concerns about both who would lead such a force and the tasks which it would be assigned. Meanwhile Civic Democrat chair, Petr Fiala, published a tweet saying such an institution would be “for nothing” and only create more bureaucracy in Europe. Czech general Petr Pavel, Chairman of the NATO Military Committee since 2015, also responded to Sobotka’s idea, describing it as “utopian”.

The idea of a European army also faces much opposition throughout the rest of Europe, with many dismissing it little more than a pipe dream.

The European Commission’s 750 billion euro recovery plan, which would use an unprecedented scale of joint debt incurred by the bloc's…