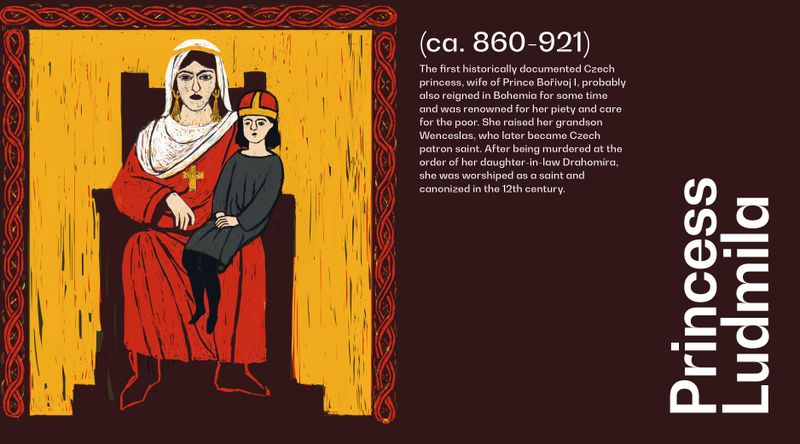 The first historically documented Czech princess, wife of Prince Bořivoj I, probably also reigned in Bohemia for some time and was renowned for her piety and care for the poor. She raised her grandson Wenceslas, who later became Czech patron saint. After being murdered at the order of her daughter-in-law Drahomíra, she was worshiped as a saint and canonized in the 12th century. Journalist and member of the anti-Nazi resistance. 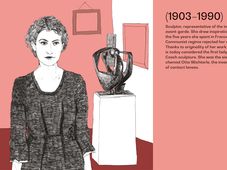 Sculptor, representative of the interwar avant-garde.