While all eyes were on the awarding of the Oscars in Los Angeles on Sunday, the main event in cinema in the Czech Republic came a day earlier with the awarding of the Czech Lions. This year ten Czech films competed in 13 categories. The film Protektor by director Marek Najbrt dominated, winning six awards on the night, including Best Picture. 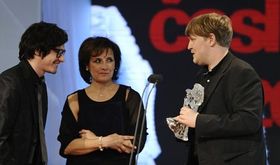 “I am thrilled of course – who wouldn’t be! If I didn’t think these awards meant anything, I wouldn’t be here! I value this competition and I am also happy that others who worked on the film were also rewarded – that’s important for me.”

Protektor, a period drama set during World War II after Bohemia and Moravia comes under Nazi occupation, examines the story of a husband and wife whose future is clearly threatened: she is a successful actress but part Jewish; he is a Czechoslovak radio announcer who tries to protect her but rises as a star for the Nazis, who use him to issue Nazi propaganda.

Besides best picture, Protektor snagged awards for best directing, best leading actress, screenplay, editing, and original score. Notably, the movie, which was co-produced by Czech TV, was also the Czech Film and Television Academy’s nominee for this year’s Oscars but the film did not make the final selection in the Best Foreign Language film category.

Meanwhile, in Prague on Saturday, other films that impressed at the Czech Lions were Kawasaki’s Rose by Jan Hřebejk - a director who has a long and highly-respected track record - and Three Seasons in Hell by Tomáš Mašín, a film based loosely on the life of Czechoslovak poet Egon Bondy. Kawasaki’s Rose won the prize for best supporting actress, while Three Seasons in Hell earned a Best Actor award for Kryštof Hádek, who many will remember from Dark Blue World. Afterwards, Hádek had nothing but praise for the project: 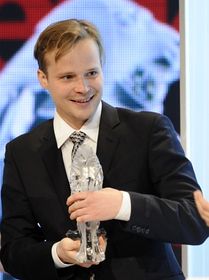 Kryštof Hádek, photo: CTK “It was great working on this with director Tomáš Mašín. I think we worked really well together and I really enjoyed it.”

Other awards handed out on the night included a lifetime achievement award for Czech legend Jana Brejchová, while the romantic comedy Líbáš jako Bůh (You Kiss Like a God) was recognised for greatest box office success. 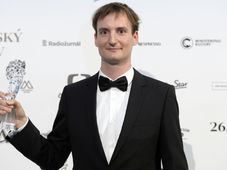 Winter Flies by Olmo Omerzu swept this year’s Czech Lion national film awards at the weekend. The road movie picked up no fewer than… 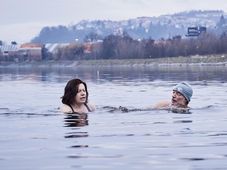 Ice Mother by Bohdan Sláma swept the boards at the main domestic film awards, the Czech Lions, on Saturday night. The bittersweet family…