The reconstruction of a private home in Terezín has brought to light old documents and precious artefacts from the former Jewish concentration camp. The unique find, which includes transport tickets and private correspondence, will be digitized and shown to the public. 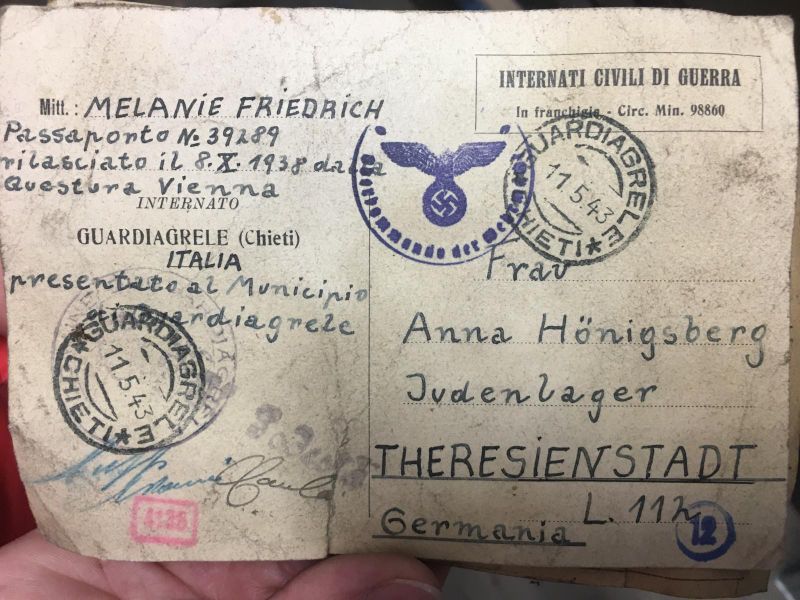 Photo: Ľubomír Smatana / Czech Radio Jiří Smutný was reconstructing his home when he came across a historic treasure. When digging up the floorboards in the attic he came across a sheaf of papers dating back to the early 19th century and artefacts that clearly came from the former Jewish concentration camp, which then spread across the territory of the present day town. As a history buff and collector he instantly recognized the value of the find. 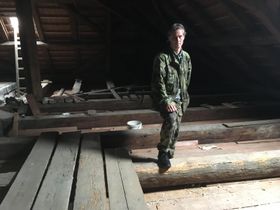 Jiří Smutný, photo: Ľubomír Smatana / Czech Radio “I think someone most likely hid all these things under the floorboards in the attic intentionally. There are papers dated 1830 and 1880, as well lots of documents from the time of the Terezin concentration camp.”

Historians are excited about the find which includes a batch of letters and postcards addressed to Anna Honningsberg, Judenlager, Terezinstadt, transport tickets to the camp, administrative papers from the camp, a trunk, a beer bottle from the Terezín brewery and small personal belongings of people imprisoned in the camp. Michaela Dostálová from the Terezín Memorial says the find is of immense value to them.

“Usually we get small things from private donors, memorabilia which were kept in the family. For us to get so many artefacts at once and know the exact location where they were found is quite unique.” Photo: Ľubomír Smatana / Czech Radio Among the bizarre objects uncovered is a timetable relating to the shifts of guards in the Terezín toilets. Historian Tomáš Federovič:

“I have never seen anything like it before -a timetable for toilet guards. This will definitely be part of a new exhibition we are planning. It will be good for people to see the absurdities that were part of daily life in the camp.”

The most valuable part of the Terezin documents found is the private correspondence of Anna Honningsberg – letters and postcards written to her from someone in Italy bearing the Reich stamp.

Anna Honningsberg was born in 1864 and Lukáš Lev, one of the Terezín Memorial guides, is currently tracing her relatives.

“She survived the war and then lived in Vienna. I am expecting further archive materials from Vienna, but it looks like her relatives are now living in Uruguay. What is important is that the letters tell us quite a lot about life in the camp.”

Once the documents are restored and have been digitized they will be placed on the Terezín Memorial’s web page and together with the objects found they will eventually be shown in an exhibition.

Meanwhile, the find has given historians reason to hope that in time others who now live in the close vicinity of the former concentration camp may come across unexpected finds that will help piece together its tragic history. 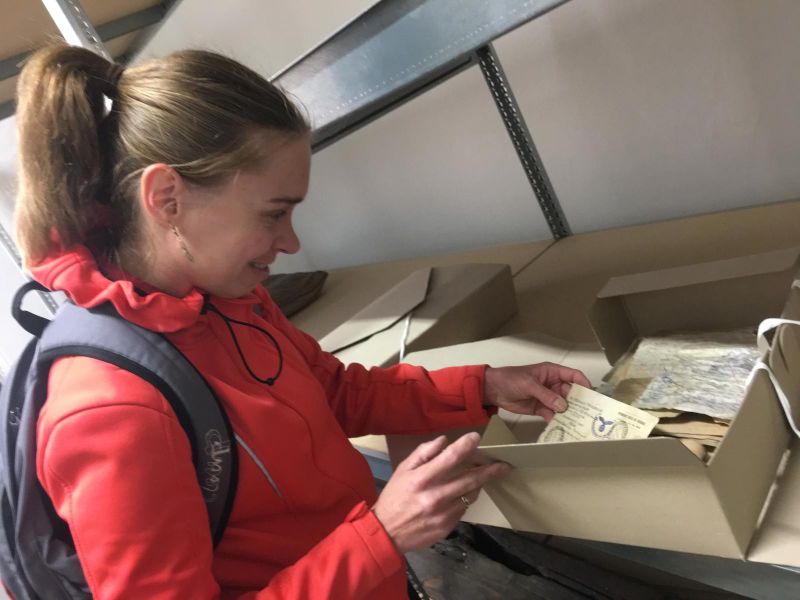