After the original candidate dropped out, the government has approved diplomat Pavel Telicka as the Czech Republic's first ever European Commissioner. While finding a suitable candidate for that post proved to be a difficult task, there seem to be plenty of contenders for the 24 Czech seats in the European Parliament. Jana Hybaskova and senator Josef Zieleniec, photo: CTK Among the parties who have been presenting their candidates is one right-of-centre party which even has the word Europe in its name - they call themselves the European Democrats. Recently, the European Democrats announced the candidacy of former Czech ambassador to Kuwait Jana Hybaskova. Ms Hybaskova made the headlines last November, when she was dismissed after openly criticising the Czech government for its decision to withdraw the Czech military field hospital from Iraq. She told Radio Prague why she decided to run for the European Parliament.

"Because I assume this is a real historic chance for my country. I think it's not only a question of the last fifty years and I do not like to call it post-communist enlargement. I assume it is a historic process which has lasted for a thousand years. It is a movement from South-East Europe to North-West protestant Europe. Therefore I think this chance should be used by professional people and I used to be ambassador two times, in Slovenia and in Kuwait. In both relations I tried to do my best: to place my country somewhere among Belgium, Austria, and the Netherlands. And I really think that this is the place where the Czech Republic should be."

Ms Hybaskova was dismissed from the post of Czech ambassador to Kuwait four months ago after she wrote an article for a Czech daily in which she slammed the government's decision to withdraw a Czech military field hospital from neighbouring Iraq, saying there was a lack of political will to see things through to the end. Here is her comment on the matter.

"What I want to say is that somehow being in such an extraordinary post - as the first and only woman ambassador in Kuwait during the Iraqi operation, I found out that such a mission needs not only, let's say, diplomatic and, as I call it, administrative responsibilities, but also a kind of political decision making. And bearing this political responsibility, serving to my country, I decided to write an article which was critical towards my government. And finally, I am ready again to bear my political responsibility and to use all my experience in a further mission." 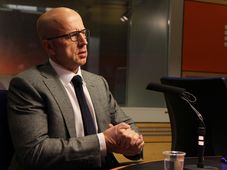 A new pro-European, liberal party will soon appear on the Czech political scene. Voice is being established by Pavel Telička, a well-known… 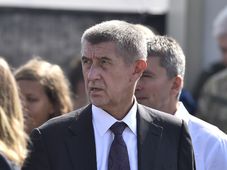 PM Andrej Babiš: ‘Why should we be caring for Syrian orphans?’