Record cold temperatures in the Czech Republic have taken a severe toll, with nine deaths from exposure recorded by the end of the weekend. Most of those who died were homeless, among them three people in Prague and four in Ostrava. Michael Raymond Stannett is the head of the Salvation Army in the Czech Republic; he described the situation on the ground.

“We have a night shelter that is full – 40 beds – and we also have a very large day centre which we’ve now opened up at night to allow people to sleep on the floor or in the chairs during the emergency cold period. Over the last week or so we’ve been allowing an extra 100 people to sleep on the floor in the day centre. With the hostel capacity at 52, and with the night shelter, you are talking more than 200 people sleeping in our accommodation.” 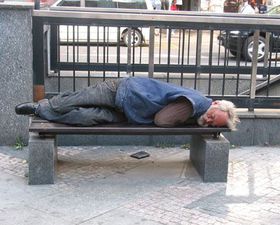 “Well, it depends what you mean by long-term: it’s something that we have to keep up, certainly until the colder weather disappears. We have to provide that type of support: it just isn’t right to send people out onto the street when it’s -10 or -15 outside.”

It’s difficult sometimes, though isn’t it, since we’re talking about individuals and every case is different. Presumably people on the street have strategies and know of services that are available, yet these kinds of deaths still happen. Is it the role of alcohol or something else?

“Well, there will always be a small percentage of people who won’t fit in under any system you set up. Some people just opt-out completely, unable to live under certain rules. Of course alcohol will play a part in that: if somebody is completely out of control with their alcohol, you have to think of the safety of the other residents and the safety of the staff. In the odd circumstance that it happens that someone is out of control on drugs or drinking and they are aggressive, they can only come back when they’re sober. But that’s a rule all organisations such as ours have.” 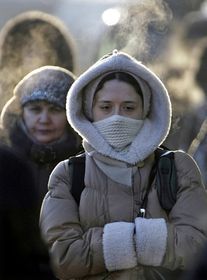 Illustrative photo: CTK In your view the city should be doing more to help the homeless under the current circumstances: will you be putting more pressure on the city to take steps?

“We are always putting pressure on the city and of course we have a ‘situation’ with city hall that they don’t take homelessness seriously enough. I do think it’s the city’s responsibility and I do think they should call organisations together. I think they should be putting resources there, such as buildings and finances, so that when you have an emergency situation like this, you have something that kicks-in. You shouldn’t have a situation where people are dying on the street.” 15,000 lightning bolts recorded in one night

A major storm across the Czech Republic on Sunday night saw no fewer than 15,000 bolts of lightning. The highest numbers were recorded…