Up to 100,000 volunteers are expected to take part in a massive spring clean-up of the Czech countryside this weekend. The rubbish clearance, which was first launched in the country in 2008, is part of the international campaign Clean up the World and attracts more and more volunteers each year. I spoke to Miroslav Kubásek from the Czech Union of Nature Conservation, one of the main organizers, and first asked him what they hoped to achieve this year: 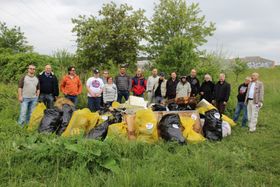 Photo: Radek Janoušek “The main goal is to inform the public about the problem of illegal dumping sites and subsequently clean them up with the help of volunteers. But our aim is not only to clean up the environment but also to involve different interest groups, such as schools, businesses, government and individuals. Our goal is also to achieve better visibility for such events and raise awareness of the illegal waste issues.”

Can you tell me more about the history of the event? Where did you look for inspiration?

“In 2012 we created an online system for mapping illegal waste in reaction to the increasing quantity of trash in the countryside. And afterwards we thought someone should also clean up those illegal waste sites, so this is why we launched a coordinated national campaign, which is a joint project of two NGOs. The event is inspired by a worldwide project called Let’s Do It, which started in Estonia in 2008, when 50,000 people came together and cleaned the entire country in just five hours.”

How much rubbish do you manage to collect during one event?

“We collected about 1,400 tonnes last year and we expect to collect about 1,500 of rubbish. This year, the clean-ups will take place really all over the country and you can find them on our interactive map or on our website uklidmecesko.cz.” 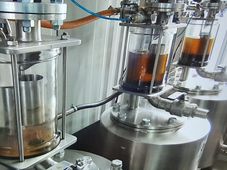