A march to commemorate the International Day to End Violence Against Sex Workers took place on Saturday in Prague. Around two dozen women participated, walking from Karlovo náměstí, through Wenceclas Square, and on to Vrchlického sady near Prague’s main train station. They held symbolic red umbrellas, calling for greater action to be taken to ensure the safety of sex workers. Hana Malinová runs the NGO Rozkoš bez rizika, or Bliss without Risk, which has for two decades provided medical and consultancy services to women involved in prostitution. I began by asking her of the dangers faced by those involved in the Czech sex business: Photo: CTK “Since the year 2000 we have more than 30 victims, both female and male, killed in this profession. But that is just the tip of the iceberg. Because with most victims, it is not known that they are sex workers. We have conducted major research and I can say that only ten percent of sex workers here have not faced violence at the hands of customers, or from (their pimps). The Day to End Violence Against Sex Workers has existed since 2003. It commemorates the conviction of a serial killer in the US. His victims were mainly young sex workers.”

Could you explain the legal framework under which prostitution or sex work exists in the Czech Republic. Presumably street-crawling is banned and many sex workers end up in so-called “night clubs” and places like these. How does it work and what are the dangers?

“The top danger is faced by women in the street. But many city and municipal regulations forbid offering sexual services in public places. Another new group facing danger of violence from customers is women and girls engaged in prostitution in private apartments. They mostly work alone and have no protection. They have no-one to call and have not honed certain skills to prevent violence and to protect themselves from violence and so on. Our organization is now putting together a manual on how to avoid such violence.”

What specific measures, which you believe would reduce the risks of violence faced by sex workers, are you calling for? I understand one is calling for some kind of “tolerance zones” in cities, in which sex workers would be tolerated.

Hana Malinová, photo: Jan Losenický / Rozkoš bez rizika “That is one option. But the attitudes of our authorities have not been very friendly to such ideas. What I saw in Holland, and the so-called tippelzones in Germany – organizing these is no easy or cheap effort. Running them costs some money. But it does turn a situation in which street prostitutes are bothering people all around, into a centralized and safe place. But up to now, no-one has had the money or the courage to open such a place in the Czech Republic.”

Novinky.cz: Prague brothel threatened to send out 600 prostitutes onto the capital’s streets

Prague City Hall has won a dragged out case with a local Prague brothel, which threatened in a petition that 600 prostitutes would… 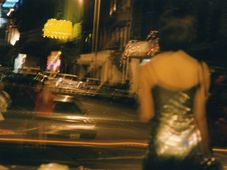 For some students, making money in the sex business seems like an attractive option… at first

The news website iDnes has reported that a percentage of Czech students have chosen work in the sex trade to make more money, fast.…