Remembering the drowned on All Souls Day

In the Roman Catholic calendar, the second of November is known as the Day of Remembrance of All Deceased Believers. In popular language Czechs call the day Dusicky, All Souls Day. Throughout last week people were visiting cemeteries across the country, lighting candles and laying flowers on the graves of their deceased. On Sunday afternoon, an unusual ceremony remembering all those who lost their lives in rivers across the country took place on the Vltava River in Prague. Photo: CTK On Sunday afternoon I embarked on a paddle steamboat called "Vltava" for a short cruise. It is organised annually by members of the Vltavan club, a society with a long tradition whose original aim was mutual economic support of people who worked on the Vltava River in the 19th century. Clad in their brightly coloured costumes, the men and women of the Vltavan began their annual cruise during which they pay respect to the drowned on All Souls Day.

We stopped in the lock just before Most Legii, or the Legions Bridge, and gathered around a statue symbolising the Vltava River and its main tributaries. 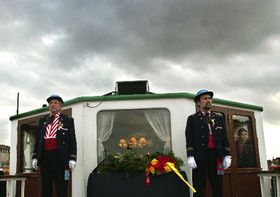 Photo: CTK Members of the Vltavan lay wreaths at the statue and remembered all lives lost to rivers in the Czech Republic in the past year. Karel Novotny of the Vltavan says that unfortunately, the number of the victims remains unknown.

"We do not know. The Czech Statistics Office does not keep record of the exact figures. Only regional authorities keep the statistics, so we would have to call them individually and add the figures. But we do it symbolically, like it was in the past. It is not about figures. We pay respect to all those who drowned in Czech rivers and streams."

The Vltavan also hold an annual requiem mass mourning the drowned ahead of All Souls Day.

"Always on the Friday before the cruise, a mass is celebrated in the Church of the Holy Trinity in Podskali. It is served by Monsignor Reinsberg from the Virgin Mary Church on Old Town Square." Crossing the great divide on All Souls Day 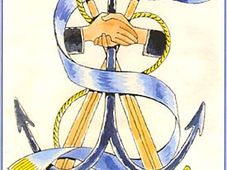 The Vltavan Club, dedicated to the Vltava River and people around it, celebrates 140th anniversary 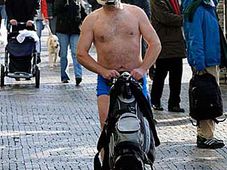 A man in snorkeling gear stops traffic on Prague’s Wenceslas Square. What do you do when you have one motorbike and a six-member family?…