According to a report annually compiled by the Jewish community in Prague, the number of anti-Semitic statements made on Czech internet in 2012 increased three-fold compared to the previous year. More direct actions targeting Jews, however, did not see a significant rise around the Czech Republic. 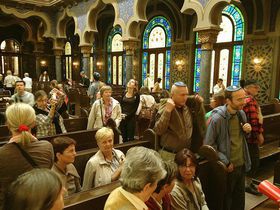 Illustrative photo: Oleg Fetisov Prague’s Jewish community has been monitoring anti-Semitic sentiments in Czech society for the past two decades. The report for 2012, which came out this week, gave reason for concern, claiming that many more displays of anti-Semitism were registered on Czech internet sites. Whereas over the past five years the number of anti-Semitic internet posts fluctuated between 17 and 30 per year, in 2012 the Jewish community found more than 80.

One of the reasons highlighted in the report was the candidacy of Jan Fischer in the first direct presidential elections in the country. Considered a frontrunner until the first round, Mr Fischer was criticized for a number of personal and political faults, and although it rarely made it into the official media, for his Jewish background as well. But most displays of anti-Semitism in the Czech-language cyberspace are not part of the mainstream, said chairman of the Jewish Community in Prague, Jan Munk: 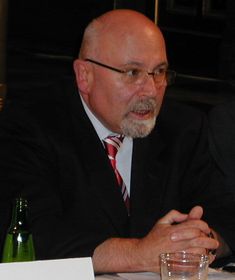 Jan Munk, photo: Jana Šustová “It usually comes from people who are members of extremist movements. They appear in a virtual space that cannot be controlled. The internet also allows users to be registered abroad, and in most cases it is in the United States, where even these kinds of statements cannot be prosecuted.”

The report also showed that even the far-right Workers’ Party of Social Justice did not include anti-Jewish or anti-Israeli sentiments in their official statements or literature in 2012, even though their supporters are among the usual authors of internet comments on these topics.

The Jewish Community emphasized that actual abuse – whether inflicted on property or individuals – has stayed more or less the same as in previous years, and is quite low.

“I have to say that the situation in the Czech Republic is much better than in most European countries. There have been shootings in France, other attacks in England, Greece, and Bulgaria. Here it mostly remains on the level of verbal attacks against Jews. Of course, I don’t want to underestimate the hidden risks, but basically the report confirms that there is no real threat to the Jewish community in the Czech Republic.” 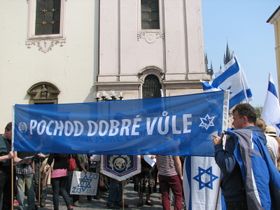 The march against antisemitism in Prague, April 2013, photo: Martina Schneibergová Experts agree that in the past few years extremist movements in the Czech Republic have not had the same level of popularity as in neighboring countries and anti-Semitic rhetoric is not part of the public debate here.

The Jewish Community’s report does underline the growing danger of extremists working alone - not as members of a group - which is supported by the report on extremism, prepared annually by the Interior Ministry, which was reviewed by the cabinet on Wednesday. Though, even this report suggests that the number of criminal cases with extremist motivations investigated by the police in the past two years has not changed a great deal. 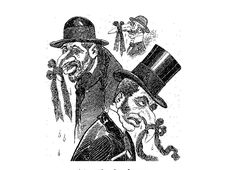 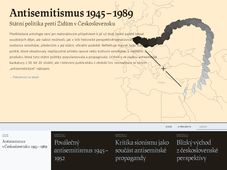