It is well known that the Czech Republic’s Roma minority suffer from a wide variety of social problems, including relatively high levels of unemployment and low levels of educational attainment. Many say they are frequently the victims of discrimination – a claim that has now been borne out by a new European Union study. In fact, it found that Czech Roma suffer more discrimination than any other ethnic minority in the whole of the EU. 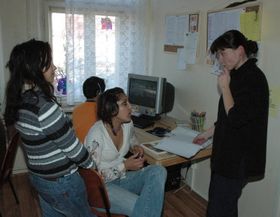 According to a newly released study by the European Union’s Fundamental Rights Agency (FRA), nearly two thirds of Czech Roma say they have suffered discrimination in the last year. The figure is higher than for any other ethnic minority in the entire 27-member bloc.

The report is based on an independent study carried out across the EU, in which over 23,000 randomly selected refugees and members of ethnic minorities were asked whether they felt they had been discriminated against.

Among Czech Roma respondents, some 45 percent, for instance, said they had suffered prejudice when applying for a job in the previous 12 months, while 30 percent said they had experienced it in restaurants. 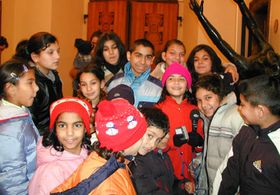 The study was headed by the FRA’s Jo Goodey.

Though levels of perceived discrimination in the Czech Republic may not be that much above those than in Hungary, 64 percent does seem like extremely high. Gabriela Hrabaňová is the head of the Czech government’s Romani council. She offers one possible explanation as to why.

“I think one reason why we came out in this study as a country with highest level of discrimination is that our people actually know what discrimination is. They have an overview when it comes to how they are dealt with by various offices and institutions, or even individuals…Discrimination here is recognised because there is so much talk about it.”