Police were called to quell a revolt at the Balková detention facility for migrants on Monday after 15 inmates barricaded themselves in one of the rooms and started demolishing the furnishings. A police spokeswoman said the unrest was triggered by the news of a deportation order for one of the migrants. 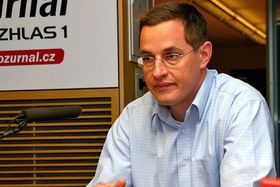 Martin Rozumek, photo: Petra Čechová Unrest at the Balková detention centre near Plzeň broke out around midday on Monday, shortly after one of the Nigerian inmates received the news that his asylum request had been rejected and he was to be deported from the country. Two Nigerians reportedly started the protest and were joined by 13 others. They barricaded themselves in a room and when they were ordered to come out started to demolish the furnishings. A specially trained police unit intervened and in less than an hour the protesters were marched out of the room. Three were treated for shock.

There were reportedly no injuries. I spoke to Martin Rozumek, head of the Organization for Aid to refugees which sent its lawyer to the scene, about what was behind the unrest.

“We had our lawyer in Balková yesterday and he confirmed that the main problem was the fact that the people were not properly informed about the decision and about the deportation. They were told that one of them was to be deported to Nigeria but in reality the deportation was to take place to Italy. And no one from the police was able to translate the decision properly. So they were afraid of being returned to Nigeria and our lawyer was not allowed to enter the compound for some time to clear up the matter.”

So basically it was a misunderstanding that caused the protest?

“It was a misunderstanding and the inability of the Czech police to speak English. I find it unbelievable that out of several dozen officers no one was able to explain the decision in English and even the translators they used spoke very, very bad English.” 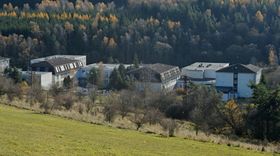 Balková detention centre, photo: CTK Has the matter been settled now? Is everything back to normal?

“We were informed that one of the Nigerians was sent for psychiatric treatment because there was a suicide attempt and the rest should be back in detention.”

And do you expect that measures will be taken to correct this?

“No, in my opinion this inability and unwillingness on the part of the police to speak any other language than Czech will prevail. I just hope that next time our lawyer will be allowed in sooner so that he can explain to the inmates their rights and obligations .”