Russians flock back to Prague

Some 1,380 000 people visited Prague in the first quarter of 2017, spending over three million nights in the city, according to data released by Prague City Tourism. After years of downfall in the number of Russian tourists, the office has recorded a significant surge in the number of Russian tourists. I discussed the newly released data with Prague City Tourism’s spokeswoman Barbora Hrubá: 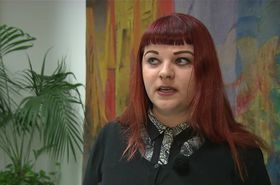 Do Russian tourists tend to spend more days in the city when they come to Prague?

“Yes, around 60 percent of incoming Russians spend their time in Prague only. But the amount of days spent here is what makes them so specific. The average number of bed-nights is 2.5 but for Russians it is almost four, so they do tend to spend the longest time in Prague among all nationalities.”

In recent years, we have also seen an increase in the number of tourists coming from Asia. Is that still the case?

“Definitely. For example in the first quarter of 2017, we recorded a 24.8 percent increase. Tourists from Asia used to come to Prague only during the summer but now we see that the trend is changing and they are coming throughout the whole year. So their numbers are constantly rising, mainly tourists from South Korea and China.”

You have also recorded an increase in the number of local tourists coming to Prague. What are the reasons behind this trend? 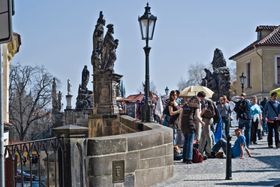 Charles Bridge, photo: János Szüdi via Foter.com / CC BY “If you look at the numbers you can see a certain correlation with the depreciation of the Czech crown, when holidays abroad became significantly more expensive for people here.

“But we also try to target local tourists. We highlight festivals and cultural events, trying to improve Prague’s reputation, showing them that there is a lot to do and to see, that it is not just an expensive destination for foreigners.

“For May and June we have an outdoor campaign on our main roads and highways all around the country trying to show local tourists that Prague can be theirs as well, that this is an attractive destination where they can spend their time.”