It was meant to be a big day for Czech skiing but now it looks more like an international fiasco. This weekend, the north Bohemian village of Vesec is due to host a World Cup event in cross-country skiing, but its organizers were up against a last minute hitch: there was no snow on the track. Instead of calling the event off, they decided to transport some ten cubic metres of snow from the Jizera Mountains, aggravating both nature conservationists and the public. I spoke to Jakub Kašpar from the Environment Ministry and asked him what exactly went wrong.

“The problem from the point of view of the Ministry of Environment is that the organizers decided to take some snow from the so-called second zone of the protected area of Jizerské Hory because that’s in violation of the nature protection law.

Did they ask for permission?

No. That’s one of the biggest problems. If they had asked for permission the government could decide if that permission should be granted. But they didn’t ask for it.” Photo: CTK They allegedly took away snow from public trails, which made the locals very angry. Is that right?

“As far as I know they took some snow from public trails for cross country skiing in the scale of some two hundred cubic metres. It’s not a problem in terms of nature protection but of course it caused a negative reaction on the part of the public because cross country skiing is very popular in the Czech Republic.”

Skiing is a sport that depends on the weather and you can hardly change the weather conditions. Do you think that the Czech Republic should organize similar events in the first place? 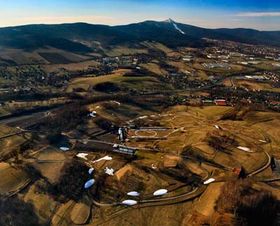 Jizerské Hory, photo: CTK “It’s not a question for the spokesman of the Ministry of Environment but for the organizers of similar events. The Czech Republic is a country in central Europe. Nowadays, everybody talks about climate change and its consequences and one of them seems to be that there will be less and less snow in the Czech Republic. Therefore I am not sure whether it is such a good idea to organize similar events in mountains that are not as high as for example the Alps.”

What is going to happen next?

“The Administration of the protected area of Jizerské Hory will start investigating what happened in the nature reserve and the process will end with a decision, quite probably a fine for the organizers or for the company which took the snow from the protected area.” Smržovka – a haven for luge riders

It used to be a common form of transport and fun in winter months centuries ago, but its popularity receded with the introduction of… 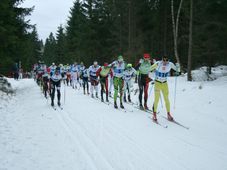