The new season in Czech football’s First League gets underway on Friday evening, when Jablonec play host to Bohemians 1905. Champions Slavia are the bookmakers’ favourites to lift the title, for a second consecutive year, though Viktoria Plzeň and Sparta could give them a run for their money. 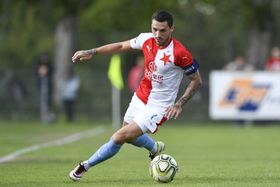 Nicolae Stanciu (Slavia Prague), photo: ČTK/Michal Kamaryt Just seven weeks ago Slavia Prague were crowned domestic football champions for the 19th time. Days later they wrapped up their first league and cup double in 77 years to crown a season that also featured a run to the Europa League quarter-finals.

Now the bookies are making Slavia favourites to take the league title again. They will face Zlín in the final game of the first round on Monday.

The betting companies’ second favourite for the championship are Sparta Prague, who finished a full 15 points off the pace last time out.

“My aims are perhaps on the more general level. And they are to gain the favour of our fans and also the respect of other teams.” 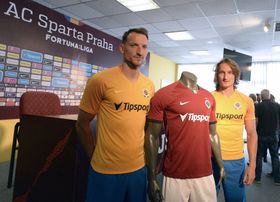 Journeyman striker Libor Kozák, once of Aston Villa, is among the club’s more notable summer acquisitions.

Last season’s runners-up Viktoria Plzeň will be aiming to go one better this time out and bag their sixth title in nine seasons.

“I believe that this team is capable of reaching the European qualifying spots. And we would of course like to do well in the cup. Our dream is to at least play in the group stages in Europe and I hope it works out.”

“For some time Sparta haven’t been satisfied with their position. I believe they have made some changes there and I think they’ll be stronger than they were last year.” 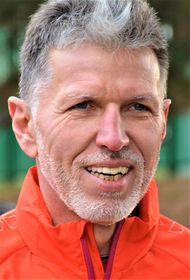 Jaroslav Šilhavý, photo: David Sedlecký, Wikimedia Commons, CC BY-SA 4.0 Šilhavý also believes that the only promoted side, České Budějovice, could do quite well on their return to the top flight.

“Generally, the new boys from the second division, who got good results and wins at the lower level, continue that victorious wave and handle the first season well. I wish them that.”

Also worth watching out for this season is the use of video assistant referee or VAR. The system will be available at half of all games during each round of the season.

However, VAR’s usage could be expanded following the winter break, a Czech FA official said on Thursday.

It will also be the second season of the “superstructure”, when the table is broken up into three groups for additional games at the end of the season.

Its introduction in 2018–2019 is the reason the summer break was so short.