Tamizdat is a Prague-based company which distributes music from all over Central and Eastern Europe, and helps groups find an audience in the west. Tamizdat is also working on a project to preserve underground recordings made during the Communist era. Company director Mathew Covey spoke to Ian Willoughby, and began by explaining what exactly Tamizdat does.

"We run a coalition of about 85different independent labels from throughout Russia, Yugoslavia, Hungary, the Czech Republic, Poland, Ukraine...most of these labels have no distribution outside of their own countries. We distribute this music on-line through our web shop and through distributors in countries around the world. We've basically made a union, as it were, making music which people outside the home countries would never have access to, if it wasn't for this system which makes all this music available."

What first drove you to set up Tamizdat?

"The three people who are directors of Tamizdat, originally we got together as a band in Slovakia in 1993 - it was two Americans and one Slovak. And then when we left in '94, the three of us were immediately frustrated by the fact that oftentimes bands that we knew from this part of the world, or bands that we had respected would go through enormous efforts to get to the US to play concerts or play tours, which generally were being organised in ways which didnt' really...if they got there at all they often didn't have the contacts. A great band would come and they would do one poorly attended show at a terrible club in New York. When we started observing this going on we realised wait a minute - it wouldn't be that hard to...Uz Jsme Doma's coming over to do a show and it's not hard to put together a show for them because we're here and we know the people. So we started just informally promoting concerts for bands from mostly the Czech Republic and Poland, Slovakia that were coming to New York."

On your website you say that you are working on an archive of recordings made during the Communist era.

"A number of years ago we did the first US tour for the Plastic People of the Universe. They expressed their concern about the fact that there was so much music that was recorded under Communism which was sitting on cassettes and reel-to-reels in people's attics and wasn't seeing the light of day and was of course deteriorating quickly. In Russia for example a lot of the really crucial recordings are recorded on x-ray plates that were scavenged from hospitals, because they have an emulsion on them, so you can kind of use them as a bad means of recording music. The Soros Foundation has done a lot of work with samizdat literature but they've explicitly not tried to deal with music. So we're in the slow process now of trying to develop a catalogue and a sort of a database of who has this music, why it's significant and where it is. But this again is a project that's still in it's early days."

And if you want to find out more about Tamizdat, you can check out their website - www.tamizdat.org Visa agency head outlines which Czech musicians play in the US, where they play – and who they play to

The New York-based company Tamizdat brings music from central and eastern Europe to an American audience. They also act as an agency… 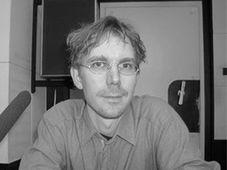 Can a small firm operate a successful business selling music CDs from the Czech Republic? How can e-commerce work successfully now…

Recently the Supraphon record company organised a small celebration to mark the 15th anniversary of the first CD released in Czechoslovakia,…