Social Democrats’ “putsch” fizzles out as rebels climb down

An attempt to oust Social Democrat chair Bohuslav Sobotka following the party’s unconvincing win in last weekend’s general election has failed. The leader of the revolt, the party’s number two man Michal Hašek, has found himself under immense pressure to resign after admitting he had publicly lied about a secret meeting with the president, and on Thursday, Mr Hašek finally conceded defeat. 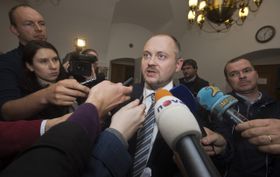 Michal Hašek, photo: CTK After four days of infighting which threatened to split the Social Democrats, the revolt against party chairman Bohuslav Sobotka seems to have ended in a defeat for the rebels. On Thursday, the Social Democrat leadership – including his now humbled opponents – confirmed Mr Sobotka as the party’s chief negotiator for coalition talks. Michal Hašek then apologized for having lied to the public, and said he would consider stepping down as deputy party chair.

“Earlier today, I apologized to my colleagues for misleading them about the meeting with the president. I would also like to apologize to the public for sticking to an agreement among the participants of the meeting that we would not talk about it. I’m sorry. Lying is wrong, in politics and in life, and I consider this my personal failure.” 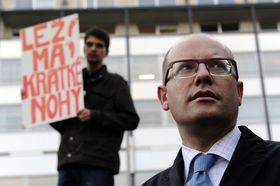 Bohuslav Sobotka, photo: CTK While the rebels might have found support among other Social Democrats for their plans to oust the chairman, Michal Hašek’s public lying proved too much for them.

Michal Hašek, along with four other high-ranking Social Democrats, met with President Zeman on Saturday, a few hours after the results of the vote were announced. The meeting did not go unnoticed – but Mr Hašek for days consistently denied it had taken place.

On Tuesday, one of the participants broke ranks and admitted it happened, sparking outrage within the party and beyond. Bohuslav Sobotka soon fought back and said there was not enough room for both of them in the party’s leadership. After Thursday’s meeting, Social Democrat deputy chairwoman and Senator Alena Gajdůšková said many of her colleagues believed that apologies would not suffice.

“We discussed a proposal by the Social Democrat senators that the rebels should step down from their positions within the party. The result is Michal Hašek apologized. But I don’t think this is sufficient.” 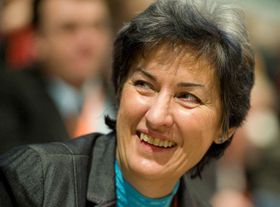 Alena Gajdůšková, photo: Filip Jandourek The fate of the rebels is to be decided by the Social Democrats’ executive committee which will meet on November 10. Its members could also choose to back Michal Hašek against chairman Sobotka but that seems highly unlikely after Thursday’s events.

What remains to be established, meanwhile, is the role of President Miloš Zeman in what has been described as an attempted putsch in the strongest Czech political party.