Sparta crash out of Europa League

Letná stadium in Prague was packed on Thursday night with fans, most of who were hoping the home team could turn around their fortunes following their 2:0 first-leg qualifying round loss to Belgrade’s Crvena Zvezda. It didn’t happen: Red Star’s Boakye made it an even taller climb for Sparta when he scored in the 19th minute in what turned out to be the lone goal of the game. 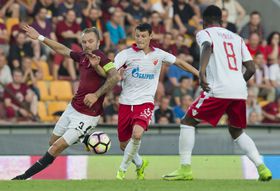 Sparta Prague - Crvena Zvezda, photo: ČTK The three-nil defeat on aggregate means that for Sparta the European season ended almost as soon as it began.

Thursday’s ouster of Sparta Prague from the Europa League qualifiers cannot be summed up in any other way than a big disappointment: earlier this year Sparta gambled on turning fortunes around, bringing in a new coach, 41-year-old Andrea Stramaccioni, who in the past managed clubs such as Inter Milan and Udine or Greek side Panathinaikos.

Under his lead, Sparta invested plenty in new players but the expected turnaround did not come through when it counted the most. Sparta were not completely without bright spots on Thursday, hitting the woodwork twice towards, but came across most as largely lackluster. After the match, Stramaccioni admitted that Crvena Zvezda had been the better team and had deserved to advance. 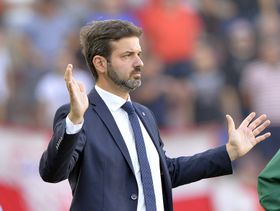 Andrea Stramaccioni, photo: ČTK “I understand 100 percent that fans are disappointed over the elimination. In the dressing room, all the players understand and respect that they disappointed and that our obligation and target after tonight is to come out of it as a stronger team. Out target now is to win the league. There is only one positive answer for the fan, which is for us to win.”

One of Sparta’s most seasoned players, Tomáš Rosický, spoke to Sparta’s youtube channel after the match.

“It’s hard to say where changes are needed but the view on the pitch is that our play is over-elaborate and we work hard to create only a few chances. Our opponents’ combinations had a lighter touch and they got past us easily… It is ongoing and it isn’t good… It’s too bad that we weren’t able to convert some good chances in the second half. We could have used that as something to build on to grow together as a team. There’s hard work ahead and we have no other choice but to fight.” 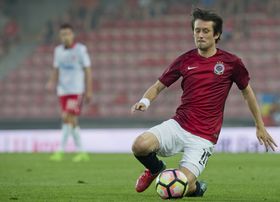 Tomáš Rosický, photo: ČTK Sparta fans aren’t the only Czech football fans disappointed: out of four teams, only one saw recent success, domestic league champions Slavia, who advanced to the next qualifying round of Champions League after defeating Belarussian team Borisov. Viktoria Plzeň are out of the Champions League but at least still has the consolation of competing in qualifying for the Europa League. Mladá Boleslav, like Sparta, are out and have only the league to look forward to this year.