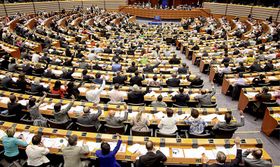 “Secondly, I would stress that in the Czech Republic there is considerable disinterest in the activities of the European Parliament. This body is considered to be unimportant in the institutional framework of the EU as a whole. It does not have any direct influence and is seen not only as unimportant but also very often overpaid. Many Czechs believe individual MEPs have too high wages. I would also add that there is a connection between European identity and a feeling of European-ness, and support for the European Parliament. And such sentiments are also quite low in the Czech Republic.”

Some critics have said that German chancellor Angela Merkel’s decision to essentially open up her country and Europe to a migration wave – however well-meaning – ended up playing to deep-seating fears about European security. And this also caused an erosion of trust in European institutions. Do you think that is a fair analysis? 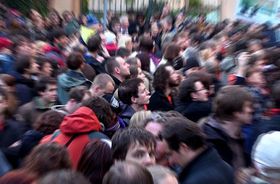 Illustrative photo: Štěpánka Budková “Obviously the position of the Czech Republic and Czech citizens towards the migration crisis – or refugee crisis – is rather negative. And I believe that this crisis has also had an impact on attitudes towards the European Parliament.”

On the upside, the survey also says that 61 percent of Czechs see certain advantages to EU membership. And that is up by one percent from last year. So what, in your view, must the EU do to improve its image?

“The EU must deliver policies which generate support for European integration, which is then obviously connected to support for individual EU institutions. However, delivering such good policies is problematic because citizens of different countries want different policies. And you can’t please everyone with a one-size-fits-all approach. So determining the right kind of policies will be problematic, and the members of EU institutions are not quite sure either on what specifically they need to be delivering.”