A survey of Czech mothers with young children has found that many of them would like to combine childcare with work but cannot. Most are thwarted by a lack of childcare facilities and lack of interest from their former employers in finding ways how they can keep employed. Many just simply face outright discrimination when seeking work. Photo: European Commission The survey of over 600 mothers with children under 10 was carried out for the Prague-based non-profit organisation Gender Studies. Project coordinator Alexandra Doleželová says the main finding punches a hole in employers’ frequent assertion that mothers do not want to work when bringing up young children.

“The survey told us that women, parents of children under 10 years, really want to work during their parental leave; we thought that but we did not really know. They want to use flexible working arrangements and they would actually like to use child care provided by the companies. This is information that we really did not know because companies usually tell us that their employees would not like this sort of care.”

Around half of the women surveyed said they were convinced they were discriminated against when it came to trying to get a job with two-thirds saying they were questioned about their childcare arrangements by prospective employers. And 70 percent saying they knew at least one person who had experienced discrimination because they wanted to become a working mother.

The responses also showed companies have a very poor records in keeping in touch with their employees who are on parental leave. Most had only the most cursory contact with mothers.

But in a time of economic crisis with high unemployment and companies looking to curb costs is it really realistic to expect firms to tackle these problems? Alexandra Doleželová again:

“There are some things which are expensive such as providing company childcare services; but there are some problems which are not really expensive such as talking to employees to know what they want. Flexible working arrangements are not that expensive and also some surveys show it is profitable for the companies because they will keep good employees; they will not have that much fluctuation. So I think that even in a time of economic crisis it is a topic to think about”

The survey came out a day after a long awaited EU demanded anti-discrimination law was finally voted into effect by Czech lawmakers. That should make it easier to fight against sexual or other types of discrimination which the survey has helped to highlight. 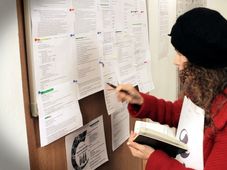 Despite the Czech Republic stagnating in the worldwide effort to bring about gender equality, the country’s government plans to cut… 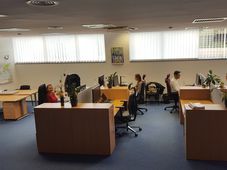 Czech women with university education have 29 percent lower salaries on average than their male colleagues, which means some 15,000…