Ten historic synagogues in Bohemia and Moravia are undergoing massive renovations and are set to reopen in all their former glory next year. The Ten Stars project includes such gems of Jewish heritage as Baroque synagogues in Mikulov and Jičín and neo-Romanesque ones in Plzeň and Krnov, as well as several other minor Jewish monuments. 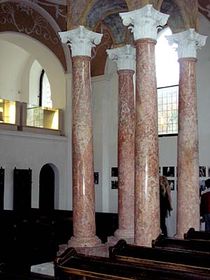 Synagogue in Mikulov, photo: Radio Prague The small small south Moravian town of Mikulov was once home to a vibrant Jewish community. Only a few of its members survived the Holocaust, and the synagogue was for decades used as a warehouse. In the 1980s, it was renovated and turned into an exhibition space. But the renovation was not very sensitive; for example, the Torah ark was removed as the authorities tried to rid the building of as many religious references as possible.

The synagogue, erected in the 16th century and remodelled some two hundred years later, was and will again be run by the Regional Museum of Mikulov. The museum’s Dana Massovová took me around.

“The interior has changed quite a lot. Some Hebrew inscriptions in the copulas were renovated, and the Torah ark was recreated. Also, the winter prayer room, which was removed during the communist renovation of the 1980s, was recreated, too.” Synagogue in Plzeň, photo: CzechTourism The Mikulov synagogue is one of ten synagogues included in the Ten Stars project. It was launched three years ago, after the Federation of Jewish communities secured some 280 million crowns from EU funds. Other structures undergoing renovation are the synagogues in Úštěk, Jičín, Brandýs nad Labem, Plzeň, Březnice, Nová Cerekev, Boskovice and Krnov. Jan Kindermann is in charge of the project.

“The selection process was quite difficult. After debates within the Jewish community, we have chosen some interesting monuments and mainly synagogues because they served as centres of Jewish life in each of the communities, places of celebrations of holidays, weddings, and pretty much everything revolved around them. So that’s why each of the sites includes a synagogue, and five of them also have some sort of service buildings that are being renovated.” 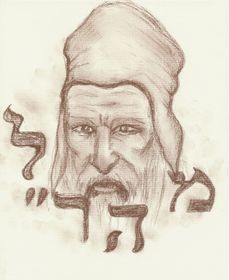 Rabbi Judah Loew, photo: Radio Prague After they reopen next spring, each of the synagogues will feature exhibitions dedicated to the history of the local Jewish community, as well as various aspects of Jewish life.

The exhibition in the Mikulov synagogue will focus on education in homage to the famous rabbi Judah Loew, also known as Maharal, who served there for two decades before moving on to Prague. But Jan Kindermann says it will still be possible to use the synagogues as houses of prayer.

“Each synagogue can serve for religious purposes as well. In some synagogues, such Mikulov, Krnov, and some others, we have reconstructed their Torah arks which had been removed in the past. But any group which would like to pray there will have to bring their own Torah. 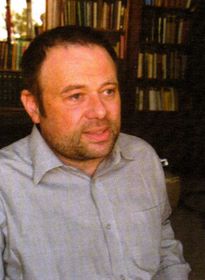 Jan Kindermann, photo: Anna Tomášková, Holocaust.cz “But today, when Jewish communities no longer exist in these sites, the synagogues have a little different purpose; they will reopen as cultural and educational centres for the public.”

More details of the ongoing renovation of the synagogues can be found at 10hvezd.cz.