The bloody story of the "Stramberk ears"

Strolling through Christmas markets around the Czech Republic, you can find various Czech traditional sweets. Gingerbread men are probably the most typical ones but more and more often one can come across what's known as Stramberske usi or "Stramberk ears" - cone-shaped gingerbread cookies with a bloodstained history. 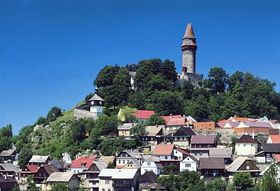 Stramberk, photo: CzechTourism Stramberk is a small town in North Moravia, a region invaded by the Tartars in 1241. Legend has it that during one of the attacks, the locals took refuge on a hill above Stramberk, surrounded by the enemy. But mother nature took pity on them. A heavy rainstorm struck and a lake just above the Tartar camp filled up to the brink. The intrepid Stramberk people dug through the dam and flooded out the camp. In its ruins they discovered bags full of human ears. The Tartars had cut them off their Christian victims to prove to their Khan how many people they had slain. Ever since that day, people in Stramberk bake ear-shaped biscuits to commemorate the event.

Stramberske usi is now a registered trademark and can be produced exclusively in the town of Stramberk. Bohumila Suterova is one of just eight people with licences to bake the Stramberk ears.

"We have an association in Stramberk, and we oversee the quality of the product. We want to bake tasty and pretty ears, not to be a disgrace to Stramberk. Of course, the recipe is top secret. Each one of us uses slightly different ingredients and proportions. We don't even tell each other because each one of us wants to have the best ears."

Bohumila Suterova has been baking the cookies since the 1970s. She says that every real "Stramberak" knows how to make the ears. Just come to Stramberk in May for the annual fair and the whole town will smell of spices.

Only a few years back this delicacy was not available anywhere else but the town of its origin but times are changing.

"Tourists who come to Stramberk try the ears and then ask for a contact. We either send the ears by post or the tourists keep coming back. But now we also have distributors, so we can sell the ears outside Stramberk, even in Prague."

A genuine Stramberk ear should be light brown, firm but not brittle and should have a balanced taste. It takes years of experience to find the right proportion of flour, honey, sugar, star anise, cloves, and that special something which distinguishes the Stramberk ears from any other similar cookies. 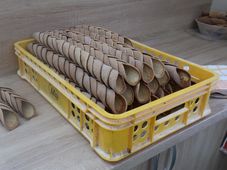 Popular cookies commemorate the gruesome legend of the Štramberk ears

If you ever visited an open air market in Bohemia and Moravia, you will very likely have come across the popular “trdelník”, a tube-shaped sweet… 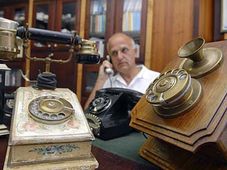 A car-thief makes off with a car, not realizing there’s an eight-year-old boy sitting inside. A man reports a deer to the police for… 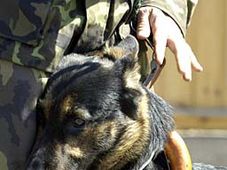 This week: a gingerbread biscuit in the form of a large-than-life ear; the secret of packing a pipe; a neckerchief for a steel lookout…