The Defenestration of Prague 400 years on

400 years ago this May, Bohemian noblemen threw a pair of Hapsburg officials out a Prague Castle window. That act of rebellion, known as the “Defenestration of Prague”, sparked a revolt in the Czech lands. It was also a catalyst for the outbreak of the “30 Years’ War” in Europe – one of the longest, most destructive conflicts in human history, waged in the name of religion. 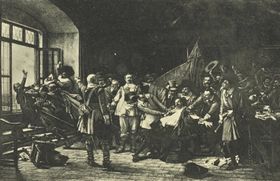 Defenestration of Prague “Defenestration” is the act of throwing something – but more notably someone – out of a window. And in late May 1618, an angry mob of Protestant noblemen did just that, chucking two Catholic Imperial governors and an unfortunate chancellery secretary from a 3rd-floor window.

At that time, the royal House of Habsburg – a Catholic dynasty – had ruled over Bohemia for nearly a century. However, various guarantees of religious liberty had been in place in the Czech lands since the Hussite Revolution in the early 15th century, and the kingdom was something of ‘an island of religious tolerance’.

In 1609, Rudolf II, the Holy Roman Emperor and King of Bohemia at the time, had declared in a “Letter of Majesty” that his subjects – Catholics, Protestants and Jews – were free to worship as they saw fit in return for loyalty to the crown.

That changed after the devout Roman Catholic king Ferdinand II began heavy-handed efforts to force his religion upon all of his subjects in Bohemia and Hungary – a practice known by historians as ‘confessionalisation’, which was then the norm in Europe. 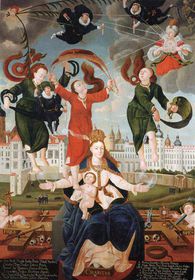 "It’s a historical tradition, especially in the kingdom of Bohemia. This tradition of this tolerance has deep roots in the history, it has roots in the 15th century. In 1485 there was the ‘Religious peace of Kutná Hora’ – it was the first law about religious tolerance among Catholics and Ultraquists. And from that time, from the time after the Hussite War, there was the line of political tolerance – but tolerance from the point of view of the ruler.

"And for 150 years from this time, from the end of the 15th century to the beginning of the 17th century – nowhere else in Europe for such a long time was there an evolution of such tolerance. Bohemia was the last island of tolerance at the beginning of the 17th century when all of Europe was under the pressure confessionalisation – where the ruler can choose that you will be Catholic, Lutheran or Calvinist. But in our kingdom, it was absolutely free. It was a question of choice, your own choice."

The Bohemian Revolt began with the defenestration in 1618 of those Catholic Imperial governors, who were accused of having violated Rudolf II’s “Letter of Majesty” in a show trial that lasted all day.

The kingdom’s ‘island of tolerance’ – 150 years in the making – became a religious powder keg, and the whole of Europe was set alight for thirty years. Those governors, by the way, although badly bruised, survived their fall – some would say miraculously, through the divine intervention of St. Mary. 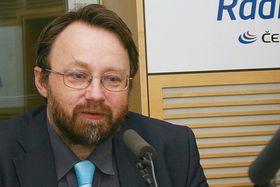 Petr Vorel, photo: Alžběta Švarcová I’ve read that the Catholic interpretation is they were saved by angels…

"Yes, yes. [laughs] It’s the interpretation after the war – the victors write the history."

On the Protestant side, they said they fell into a pile of horse manure…

"It’s not only the Protestants. Scientific research shows the place was 70 metres – it’s a very dangerous height. But we know that they fell onto garbage."

That cushioned their fall… The First Defenestration of Prague - what was it and why did it happen?

600 years ago, an angry crowd stormed Prague’s New Town Hall and threw its councillors out of the window. The event, which has since… 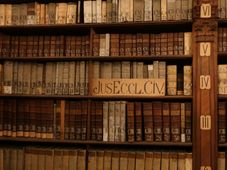 Over 25,000 books were looted from the Czech lands by the Swedes at the end of the Thirty Years War. Today these valuable prints and… 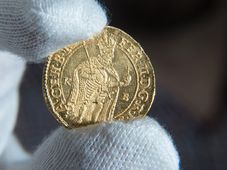 Officials of the Pardubice region recently announced a surprise discovery. Dozens of gold coins were found on a pasture near the town…