Three men sentenced to jail for illegal felling of trees 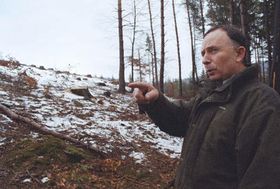 Illegal felling of trees, photo: CTK On Monday, the court of justice in the North Moravian town of Vsetin sentenced three men to between 14 months and 3.5 years in prison and released two on probation. They were found guilty of felling trees illegally on a large scale. The tough prison sentences are based on a new law on environmental protection which imposes severe punishments on offenders. Until now similar cases ended in nothing more than a fine or a conditional discharge.

The gang felled a total of 20 hectares of forest in 11 locations across the Czech Republic in privately owned forests. They used a trick to fool owners of small areas of forest by offering to buy the forests for a seemingly good price. They paid a deposit, signed a contract and immediately started felling, but they never entered the contract into the land-register, so it never became legally valid. The land in fact remained the property of its original owner who then had to bear the costs of renewing the forest.

The law prohibits the clearing of more than one hectare of forest in one place. However, on average the gang cleared two hectares at a time. While the economic damage has been estimated at some 40 million Czech crowns, experts say it is impossible to calculate the damage done to the environment. Vladimir Krchov is the head of the forest management and environmental protection department of the company Lesy Ceske Republiky which manages state-owned forests in the Czech Republic.

"The cost of the wood is only a small part of the total damage. In such large areas that have been cleared unprofessionally, there is a greater danger of erosion, deeper parts of forests may be exposed to devastating winds, and it is more difficult to renew the forests."

Also the remnants of the felled trees left in place create ideal conditions for the spread of bark-beetle.

The severe prison sentences in this case aim to serve as a deterrent to anybody who may be thinking of making money at the expense of the environment. But that will not undo the damage so far. 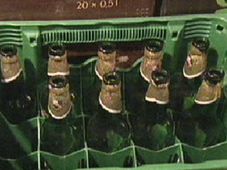 On Thursday, the Environment Minister, Milos Kuzvart, introduced a new project, which is expected to enhance recycling of used packages.… 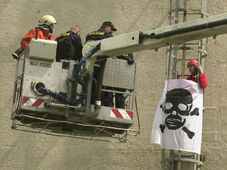 The bee population is dwindling in many parts of the CR. Agricultural pesticides are likely to be the main cause - several bee colonies…