The Constitutional Court has invalidated a controversial law on taxing money returned to churches in compensation for property stolen by the communist regime in the 1950s. The verdict by the highest court in the land is legally binding and there is no further means of appeal. 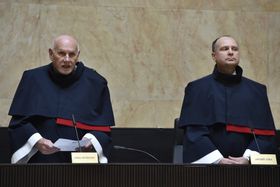 Pavel Rychetský, Jaromír Jirsa, photo: ČTK/Václav Šálek Churches in the Czech Republic are to receive the full amount of the restitution money stipulated in a 2013 law on church restitutions. According to the Constitutional Court the government’s attempt to retroactively tax the 59 billion crowns churches are to receive is in violation of the legal order. Constitutional Court Judge Jaromír Jirsa delivered the verdict:

“The additional taxation of compensation money for crimes committed by the communist regime goes against the basic principles of a democratic law-abiding state based on respect for the rights of the individual.”

The Catholic Church as well as the country’s main opposition parties, who fought the bill every step of the way, have hailed the verdict as “a voice of reason”. Senator Zdeněk Papoušek of the Christian Democrats, who co-authored the complaint against the law, said justice had been done. 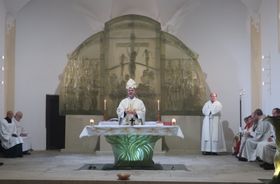 Illustrative photo: Martina Schneibergová “This law was a form of financial punishment – we would have been punishing churches who had their property stolen, instead of punishing the culprit responsible for the atrocity.”

The idea to approve a 19 percent retro-active tax on money that is to be paid out to churches in return for property confiscated by the communist regime, emerged from the Communist Party itself and was one of the preconditions for its support of the minority government of ANO and the Social Democrats. The bill was pushed through the lower house by these parties and the Freedom and Direct Democracy Party earlier this year and signed into law by the president. The tax, which was to have come into effect next year, would have brought an additional 450 million crowns into state coffers annually.

The governing parties which justified their support for the law on the argument that the compensation sum allotted to churches had been overinflated, accepted their defeat with good grace, saying they fully respected the verdict of the Constitutional Court and considered the matter closed.

Not so the Communist Party, which is refusing to accept the fact that there is no further means of appeal. The head of the party’s deputies group in the lower house Pavel Kováčik argues that the restitution rights of other groups have not been addressed so generously. 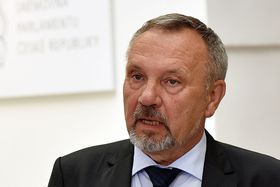 Pavel Kováčik, photo: Filip Jandourek / Czech Radio “Our legal experts are analysing the verdict and assessing the possibility of challenging it at the European level.”

Besides addressing the wrongs of the past, the financial compensation package has another significant purpose – it should prepare churches and religious groups for their financial separation from the state in 2030 and increase their ability to provide healthcare and social services the state cannot secure by itself. The Catholic Church has already started the construction of a number of churches and schools as well as the reconstruction of buildings that were returned to the Church for this purpose.

The 2013 law on church restitutions was one of the most disputed pieces of legislation setting right the wrongs committed under the communist regime. After years of controversy representatives of 16 churches signed bilateral agreements with the government under which they would receive 75 billion crowns worth of land and property confiscated by the communist regime and get 59 billion crowns worth of compensation money for the rest, to be paid by the state over a period of 30 years. The allotted sum should also enable them to gain full independence from the state by 2030. 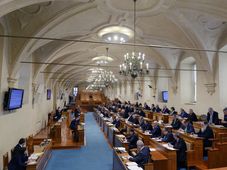