The Pavel Koutecký prize for documentary film is awarded to “tireless observers of the world with the ability to convey their feelings and insights through film.” This year, the work chosen as best able to meet those criteria was “Country of Dreams”, by writer and director Martin Ryšavý. The film takes a hard look at the lives and tribulations of the Vietnamese community in the Czech Republic.

“Country of Dreams” (Země snů) is not exactly a film that has been on everybody’s lips; the 60-minute, news-style production was made for television while other, glossier documentaries like “Czech Peace” were soaking up the cinema spotlight. But the Pavel Koutecký prize is more about documentaries’ impact rather than their packaging, and of the hundred films put forward, the penetrative story of the plights of the Vietnamese in the Czech Republic was deemed most deserving of the 100,000 crown award. Director Míra Janek, who was on the prize jury, told me about the impact that “Country of Dreams” could make, and hence why it won. 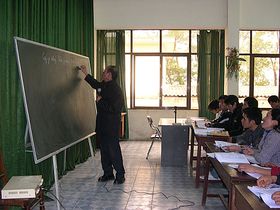 'Country of Dreams' “I would only hope that the people who suffer from xenophobia would suffer from it a little less, because they can see inside this community and they can understand that these are the kinds of problems that anyone could have, and that the Vietnamese are actually very nice people and there is no reason to look down upon them.”

“Country of Dreams” shows how many Vietnamese followed a dream to come to the Czech Republic and make money, sometimes taking on great debt to do so. In many cases they were cheated by the agencies that organised their journey, lost their jobs in their new country and in the end many were making less in the Czech Republic than they could have at home. This is the third film by Martin Ryšavý dealing with the issues of Czech-Vietnamese relations, and I asked the director why he had taken on the topic. 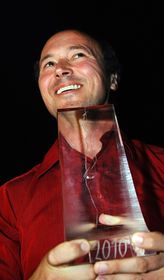 Martin Ryšavý, photo: CTK “While we were making the other films, the economic situation and the position of Vietnamese workers on the Czech labour market started to worsen precipitously. Many of our friends in the Vietnamese community were having serious problems, and we realised that we would have to respond to the crisis, that it was an urgent matter that we had not originally planned to do. And at the time that we started working on the film the Czech media was not reporting on the situation, and so we felt it was time to open the issue up.”

If you are interested in seeing “Country of Dreams” it is available in Czech online on the Czech Television website; English subtitles are available on the DVD version.