Transport and services union leader Jaromír Dušek has evoked outrage on the Czech political scene by launching a vicious and homophobic attack on the management of Czech Railways. In an interview for Saturday’s Lidové Noviny, Mr. Dušek said Czech Railways was run by a clique of incompetent gays who had links to homosexuals in the cabinet and the Office of the Government. The controversial trade union leader has now been barred from speaking for the umbrella trade unions organization and is likely to face charges of slander.

Jaromír Dušek is a well-known troublemaker in Czech trade unions, famous for overstepping the mark, but never before has he created such an uproar. Prime Minister Jan Fischer has accused him of spreading intolerance and homophobia and has demanded an apology. Transport Minister Gustav Slámečka, one of the people against whom Mr. Dušek directed the homophobic remarks, accused him of Nazi rhetoric and said he was filing charges of slander. 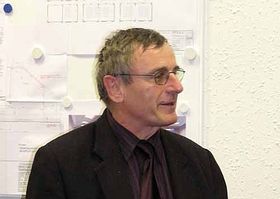 Jaromír Dušek “I am determined to file charges against Mr. Dušek on behalf of the whole Transport Ministry. His accusations are outrageous and we are now consulting lawyers on what charges to file and how this should best be handled.”

As Jaromír Dušek stood his ground, other trade unions scrambled to distance themselves from his words. The umbrella coalition of transport workers unions has barred him from speaking on its behalf and government ministers have indicated that they no longer consider him a partner for negotiation.

Surprisingly, Mr. Dušek appears to enjoy continued support from his own trade union organization. His advocates claim that he only told the truth, although he should not have spoken so tactlessly. Some commentators suggest that the union leader merely voiced what is being whispered in corridors and canteens. So do the trade union leader’s views reflect a homophobic mood in society? Aleš Rumpel is a member of the gay and lesbian association STUD. 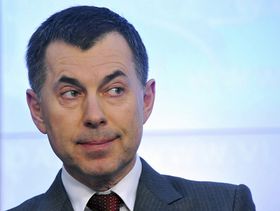 Gustav Slámečka, photo: CTK “Well, there was some research done some time ago indicating that 70 percent of the Czech population supports gays and lesbian rights, and so there is the remaining thirty percent that will not and Mr. Dušek is one of the latter people. I would say that he is in a peculiar position because he is in the middle of tough negotiations and I think that the isolation and criticism he received is partly intended to weaken his position as trade union leader. There have been other homophobic remarks from other public figures in the recent past that have not received such reactions. But whatever the reasons behind the widespread condemnation - I think this is an important message for other public officials – that homophobia will not be easily tolerated.”