Two Czech nationals, Markéta Všelichová and Miroslav Farkas, have been sentenced to six years, three months, in prison by a Turkish court. The couple was accused of being part of the Kurdish militia YPG, which Turkey considers a terrorist group. The two had said they were humanitarian workers who had aimed to create a field hospital near the Turkish-Iraqi border. Markéta Všelichová and Miroslav Farkas, photo: Sirnak Police, Mete Sohtaoğlu If there was cautious optimism over the fate of two Czechs accused in Turkey of aiding the Kurdish militia YPG, it didn’t last long on Wednesday. Hours after the trial began, sentences of more than six years were handed down to both. The defendants’ statement that they had hoped to build a field hospital failed to convince the court of their innocence. They could have received even stiffer sentences of up to 15 years in prison.

Ahead of their mission for the hospital last year, they apparently told their friend Janusz Konieczny of their plans; he defended the duo after their arrest, saying he did not think they had committed crimes such as smuggling weapons or YPG materials of which they had been accused. Nor did he think, as Turkey had maintained, that they had received military training. Here’s what he told Radio Prague last year:

“So they decided that they must establish a field hospital. They took crazy risks but they do not like to do nothing… Markéta is not a member of YPG, Mirek I don’t know, he sympathized with the YPG but it would be crazy if they tried to cross the border with YPG materials.” 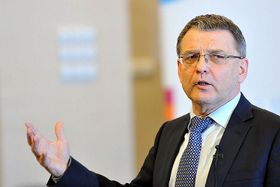 Lubomír Zaorálek, photo: Filip Jandourek The Turkish daily Sabah last year reported on the case, describing it as the first time Turkish security forces had conducted an operation against so-called foreign fighters for the YPG. The case against them, Czech TV reported, was largely based on material the couple obtained during earlier visits, which they themselves posted on the social networks. The prosecution claimed that Mr Farkas was known in so-called terrorist networks under a code name, as was his partner.

Czech Foreign Minister Lubomír Zaorálek responded to Wednesday’s ruling by calling it a “huge personal disappointment” and expressing hope in the appeals process and that a higher instance court would re-examine the facts and overrule the earlier verdict. In a statement, the ministry confirmed that the head of Czech diplomacy would contact his Turkish counterpart in the coming days about the case; the two Czechs, meanwhile, remain in custody and are expected to appeal. 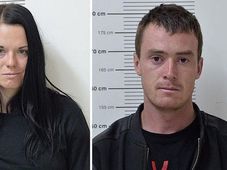 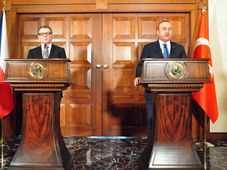