Roma activists David Tišer and Karel Karika are this year’s recipients of the František Kriegel award in recognition of civic courage handed out by the Charter 77 foundation. The award, which will be presented at a ceremony in Prague on Wednesday, acknowledges their fight for equality and human rights for members of the Romani community as well as for the socially excluded. 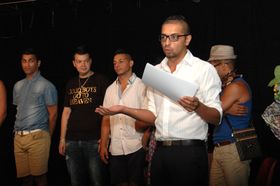 David Tišer, photo: Jana Šustová David Tišer is an LGBT and Roma rights activist and also the founder of the ART ART organisation, which raises awareness about the LGBT community and its Romani members and supports Romani art.

According to the Charter 77 foundation, Tišer is the first Roma man to become a human rights defender and representative of LGBT minorities, combating stereotypes not only in the majority society but also inside Roma communities.

Karel Karika is a municipal councillor from the north Bohemian city of Ústí nad Labem, who works with the homeless and people living on the poverty line. Among other things he helped local residents to avoid homelessness after the lodging house they were living in was closed. Martin Groman is a member of the jury:

“They are both fighting for the rights of minorities, people excluded from the society and people who are otherwise disadvantaged. Yet at the same time, they are both members of the Roma minority.”

Both recipients of the František Kriegel award say the situation for the Roma minority has worsened in recent years. Karel Karika:

“Hateful attacks against the Roma community are fuelled by prejudice and supported by some of the country’s top politicians. I don’t think that Czechs are racists or xenophobes. They are driven by preconceptions and disinformation.”

Mr Tišer says one such misconception is that the xenophobic mood has shifted in recent years from the Roma minority towards immigrants:

“Hatred towards the Roma minority did not diminish with the migrant crisis. Many people think so, but in reality it is still part of public life. The fact that it was not featured prominently in the media in recent years, doesn’t mean that we don’t encounter it in real life.” 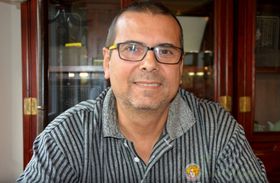 Karel Karika, photo: YouTube David Tišer hopes the František Kriegel Award will help him raise awareness of the struggles of the Roma LGBT minority and open up a debate about the issue:

“This is the most important thing for me. I want them to become a visible and strong community of people. I hope it will help young Roma not to be afraid to come out, to join us and work with us.”

For his part, Karel Karika plans to use the 25,000-crown cheque that comes with the award to fund his organisation, which cooks meals for the homeless.

The František Kriegel Prize was founded in Stockholm in 1987 in the name of the only Czechoslovak government representative who refused to sign the Moscow protocol after the Soviet Invasion of 1968.

Several figures associated with the Roma community received the award in the past, including scholar Milena Hübschmannová or musician Radek Banga. 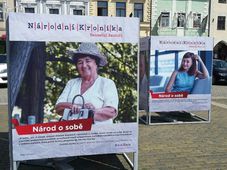 Memories sought to give personal perspective on Czech history

A travelling exhibition called the National Chronicle is now on display at the Václav Havel Square besides Prague’s National Theatre.… 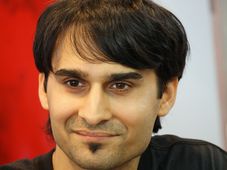 Romany singer Radek Banga is to receive the František Kriegel Award for civic courage, handed out annually by the Charter 77 Foundation.… 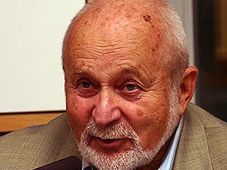 František Janouch, part 2: Why the Velvet Revolution was “too velvet”