Unions say they are ready to demonstrate if the government doesn’t boost teachers’ pay by 15 percent and that of other state employees by 10 percent. 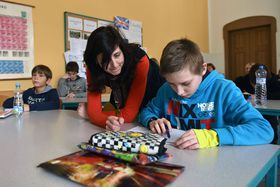 Illustrative photo: Filip Jandourek The Czech Confederation of Trade Unions has long been campaigning for an end to cheap labour in the Czech Republic, where the economy has been thriving for some time.

Now workers’ leaders are stepping up their demands for pay increases for public sector staff.

At an extraordinary meeting of around 200 delegates in Prague on Wednesday, the unions demanded rises of 15 percent for teachers and 10 percent for other state employees, including police officers, fire officers, health, social and culture workers. They want this hike to take effect in November.

The president of the Confederation of Trades Union, Josef Středula, told the assembled that the Czech state can afford to cover such increases.

“The planned budget deficit will be markedly different from the actual deficit. Estimates are that instead of the deficit being CZK 60 billion, it will be CZK 20 billion. That means there will be CZK 40 billion that will be either unused or saved.”

The unions reject two alternative plans currently being considered by the Czech government, who they say have dragged their feet on the issue.

One proposal is to give all public service employees a pay rise of 4 percent. The other is to allot an extra 12 percent for teachers and 7 percent for other categories. 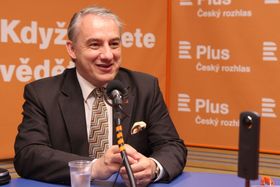 Josef Středula, photo: Jana Trpišovská But the unions say both options are inadequate. What’s more, they were originally pushing for earlier implementation and say demanding higher salaries from November represents a considerable climb-down on their part. Josef Středula again:

“We have already made a compromise. Our original demand was for September 1, 2017. And we said that we were prepared, and that for us the date of September 1 was an acceptable compromise. From that perspective, we believe that the state budget is capable of easily handling the unions’ proposal of 10 and 15 percent.”

The union’s warnings come days before a cabinet meeting on Monday at which ministers are due to discuss public service pay. Talks with union representatives should take place in the days that follow.

However, if the government fails to accommodate their demands, the unions say they are ready and willing to take protests, with the Office of the Government or the Ministry of Finance mentioned as possible venues. As yet they have not said when such demonstrations would take place.