Thursday is the 50th anniversary of perhaps the most famous protest in the history of Czech sport, when gymnast Věra Čáslavská looked away while the Soviet anthem was played at the 1968 Olympics. The brave gesture came two months after the Soviet-led invasion of Czechoslovakia – and cost the country’s greatest Olympian dear. Věra Čáslavská, photo: archive of National Museum in Prague, CC BY-SA 4.0 On 25 October 1968 the world famous gymnast Věra Čáslavská appeared to have won in the floor exercise at the Olympics in Mexico City, taking yet another gold medal for Czechoslovakia.

However, elation soon turned to disappointment for her and the nation when the judges revised the original score of Soviet gymnast Larisa Petrik, giving her joint first place.

Forced to share the podium with the Russian, Věra Čáslavská carried out a silent but pointed protest during the playing of the Soviet anthem, lowering her head and looking off to one side.

Sportscaster Jim McKay described the situation to US TV viewers:

“Now the Soviet anthem. And again she has turned her head to the right and down, just as she did at the last ceremony. This does not appear to be an accident.”

Čáslavská’s protest was not against having to share a moment of glory but against the Soviet-led invasion of Czechoslovakia, which had occurred two months earlier.

The country’s most celebrated sportsperson had shown her support for the Prague Spring reform movement by signing the Two Thousand Words manifesto in June 1968.

When Soviet tanks put a brutal end to the relative liberalisation of Czechoslovakia, Čáslavská went into hiding in the mountains, forced to train for the Olympic Games in far from ideal conditions. 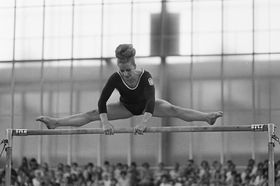 Věra Čáslavská, photo: Ron Kroon / Anefo, CC 3.0 And when she went to Mexico City she pledged to “sweat blood to defeat the invaders’ representatives”.

Čáslavská retired following the 1968 Olympics at the age of 26 after winning seven Olympic gold medals and four world titles in an amazing career.

But still she was punished for her protest against the Soviets by Czechoslovakia’s Communist authorities.

For two decades she was barred from traveling or attending major sports events, forced to work as a cleaner and often prevented from coaching children.

Čáslavská also experienced many other hardships. But she never bemoaned her fate, she told Czech Radio a year before her death in 2016.

“It’s a waste of time. For instance, I could lament the fact that I was active at a time when we got a carnation for a great performance. Today sports people have all the advantages. But I don’t regret a thing. Things were as they were meant to be and it’s still like that. Crying over spilt milk doesn’t get you anywhere.” 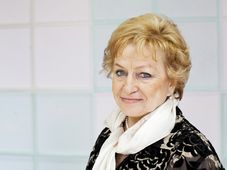 The sad news was announced on Wednesday that the most successful ever Czech Olympic athlete, Věra Čáslavská, died at the age of 74.… 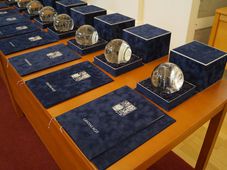 At a gala ceremony on Friday, the Czech Foreign Ministry handed out the annual Gratias Agit awards to 16 people, Czech expatriates…