Tady a Ted (Here & Now) is an association that has worked to help children from marginalised families in the city of Pilsen, West Bohemia since 2004. Not long ago, together with People in Need, it launched a successful project entitled Cesta z Ghetta - Out of the Ghetto, a board game designed for high schools and social workers focusing on the difficulty of life in poorer areas. Following the association's success Tady a Ted are now working on a videogame version with the hopes of reaching an even broader audience.

Together with People in Need the Czech association Here & Now launched Cesta z Ghetta last October: 500 copies were printed and 320 have since been distributed to schools. The idea was to put players - from around high school age - in the position of those marginalised by society, often ethnic Roma but not just, to show how difficult it can to be to escape ghetto life when faced with constant obstacles and disadvantages. The idea is for young players to gain deeper understanding. Here and Now's Tereza Zikova:

"The aim is to show how difficult it is for someone to be able to change their life. Themes include problems of discrimination, dealing with authorities, children ending up at special schools, difficulties with housing, crime, and drugs. One should get a sense of what it's like to live in constant uncertainty, and a sense that these problems are intertwined and difficult to sort out."

The GhettOut! video game, still in production, is expected to be similar to the board game when finished but with a few notable differences, among them the fact that players will take the role of individuals rather than groups. The experience of the individual against the computer could also be more immediate and complex. Tereza Zikova once again:

"Like the board game, the video game should reflect the pressure of life in the ghetto and a certain psychological readiness: it's not just a question of automatically getting your pawn or character out. In the game, players try to gain the highest number of factors to help them leave the ghetto. But it doesn't happen often, just as it doesn't happen often in real life. It's more about the 'readiness' of the player to try and leave."

So far, Here & Now is aiming for GhettOut!'s release by December this year, when it should be available for download on the Internet. According to Tereza Zikova, interest is already high not only in the Czech Republic but also from abroad. The video game, unlike its cardboard predecessor, will also see an English-language version. The release of the game will also be accompanied by an information campaign and possibly even a hip hop video. Some 60 Roma children from socially excluded localities in the Czech Republic and Slovakia, along with members of the Czech Philharmonic,… Up to 115,000 poor people are living in 600 ghettos around the Czech Republic, according to human rights minister Jiří Dienstbier.… 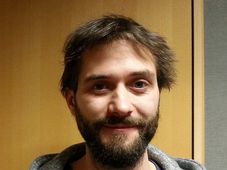