The Visegrad Four states have joined forces to address a common problem that has plagued them for years: a double standard in the quality of food products sold by supranational companies around the European Union. The leaders of the Czech Republic, Slovakia, Poland and Hungary have urged the European Commission to acknowledge the problem and take legal action. 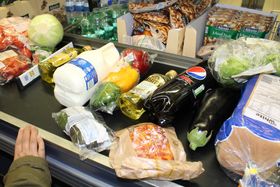 Photo: Pixabay, CC0 Marmalade sold around the EU by the same company and under the same label contains less fruit and more artificial sweeteners in the countries of the former Eastern bloc than it does in neighbouring Austria or Germany. Food products contain less meat and ketchup has a lower tomato and higher sugar content. Those are some of the complaints that people in the Visegrad group states have been making for years. Now the leaders of these countries say enough is enough. Czech Prime Minister Bohuslav Sobotka:

“It is unacceptable for the Czech government for there to be a double standard in the quality of food products sold on the common European market. One cannot accept the idea that there are first and second class citizens in the European Union, that some EU members get high quality goods and others get inferior quality sold under the same label, by the same producer.”

Prague and Bratislava have repeatedly pointed to the problem for years with no tangible result. Now the Visegrad group states have decided to take joint action in order to get their voice heard. Following their summit in Warsaw on Thursday they issued a joint statement calling on the European Commission to conduct its own quality survey on the market and take legal measures to prevent a double standard in the future. Slovak Prime Minister Robert Fico says a comparative survey conducted in shops in Slovakia and Austria located just 15 km apart tells its own story. 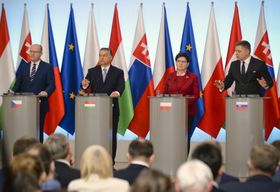 Bohuslav Sobotka, Hungarian PM Viktor Orban, Polish PM Beata Szydlo, Robert Fico, photo: CTK “The same product, same brand, same label, and same wrapping, but in Slovakia it contains less meat, more fat, more preservatives and more artificial sweeteners. So do not tell us that we are sitting in business class when we are sitting in the cheapest budget class possible.”

Slovakia has said that if the European Commission fails to respond to the appeal it will collect a million signatures under a petition in order to get action. Czech Prime Minister Bohuslav Sobotka said the Czech Republic would join this campaign if there was no response from Brussels in the coming weeks. In fact he said a petition signed by millions of people could be a joint Visegrad group initiative to protect the interests of a market of some 60 million people plagued by this problem.