Volvo eyes up Tatra, will Czech pilots be flying Grippens?

The Czech Prime Minister Milos Zeman visited Sweden earlier this week for talks on a number of issues, most notably EU enlargement. But there was another crucial item on Mr Zeman's agenda - persuading Swedish investors to stake their hard-earned cash on the Czech Republic, especially if Prague decides to spend some two billion dollars buying Swedish Grippen jet fighters for the Czech Air Force. Rob Cameron has more. 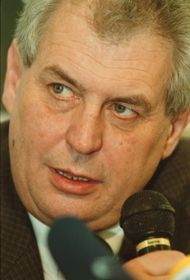 Milos Zeman Several weeks ago the Czech government announced a tender for the biggest defence contract in the country's recent history. The Czech Air Force will soon be forced to decommission its fleet of dilapidated MiG-21s, and the Czech government says it will spend around two billion dollars on between 24 and 36 new supersonic jet fighters. A number of firms are competing for the tender, and as Prime Minister Zeman put it, there are no prizes for coming second:

Listen in RealAudio
One of the firms is the Swedish-British consortium Saab and BAE Systems, whose JAAS-39 Grippen fighter is one of the strongest candidates. Both Mr Zeman and his Swedish counterpart Goran Persson, however, were tight-lipped following talks on the issue.
Listen in RealAudio
An integral part of the jet fighter tender is an extensive offset investment programme. If BAE/ Saab wins the tender, they'll have to invest some 150 percent of the price tag back into the Czech Republic. And here we get down to the nitty-gritty: Mr Zeman was in Sweden partly to convince the Swedes that such investment opportunities exist in his country. One of them is the truck producer Tatra Koprivnice, which almost went bankrupt last year and had to be bailed out by the state. One company which could invest in Tatra is the Swedish truck maker Volvo, which recently sold its auto division to concentrate on other areas. I spoke to Volvo President Leif Johansson about Volvo's interest in Tatra.
Listen in RealAudio
Volvo isn't the only potential investor, and of course Saab-Grippen isn't the only bidder for the fighter contract. Another leading contender is the joint Eurofighter 2000 project, involving the U.K., Germany, Italy and Spain. Co-incidentally, Mr Zeman was in Germany recently, trying to persuade Audi and BMW to follow Volkswagen's example and invest in the Czech Republic. Observers say we'll know the results of all these negotiations later this year.
Rob Cameron
08-02-2001
Send by email
Print
Related articles 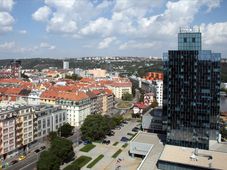