Prime Minister Andrej Babiš boasts that his government has achieved an unprecedented level of investment and motorway construction. Meanwhile, a survey by domestic watchdog Hlídač státu has underscored the sluggish pace of that construction over the past 15 years compared to that of comparable EU member states. 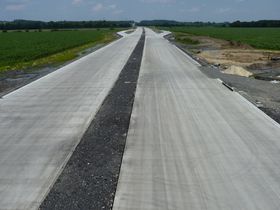 Photo: Michal Klajban, CC BY-SA 3.0 Poland and Hungary, Croatia and Slovenia, Romania and Bulgaria – all of these formerly communist, relatively “new” EU member states have built more kilometres of motorways, crucial to long-term economic growth, than has the Czech Republic.

This according to an analysis of data from the EU statistical arm, Eurostat, carried out by the Czech group Hlídač státu (State Watchdog), which specialises in crunching numbers – open source data – to monitor public spending and administration, political donations and the like.

“It is true that the Hungarians, for example, initially had a shorter motorway network than we did. But the pace they and others have achieved is quite high. The differences are huge. Countries such as the Czech Republic and Slovakia have made minimal progress, and in absolute numbers the differences are truly enormous."

The analysis by Hlídač státu comes on the heels of an interview by Minister of Transport Dan Ťok in which he claimed that at no point since the Velvet Revolution has there been such rapid and sufficient construction. It would take a “real superman” to achieve more, he told the news site iDnes.cz.

There are currently 1,261 kilometres of motorways in operation. Work on the country’s biggest, the D1, has been best by delays, which Mr Ťok has blamed – to much derision – on early snows. The planned network of 2,073 kilometres will likely not be finished until 2050, i.e. in more than 30 years, according to Supreme Audit Office (NKÚ) spokesman Václav Kešner. 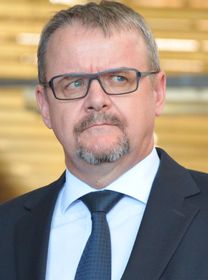 Dan Ťok, photo: David Sedlecký, Wikimedia Commons, CC BY-SA 4.0 “The main reason for the slow pace of the construction of motorways in the Czech Republic has been problems in preparing construction projects. These problems related mainly to getting the necessary planning and building permits, as well to securing a favourable opinion on the Environmental Impact Assessment. The process takes on average 13 years.”

Prime Minister Babiš insists real progress has been made and it’s all rather a question of optics – that his minister of transport has failed to make the case to the public and furthermore been too soft on his subordinates to get the job done faster.

Following that public dressing down of Mr Ťok in early January, bookmakers began offering odds on when Mr Babiš will name a replacement.

Meanwhile, the embattled Mr Ťok says the most important motorways could be ready within a mere 12 years. In other words, a year earlier it takes on average to greenlight a project, according to the Supreme Audit Office. 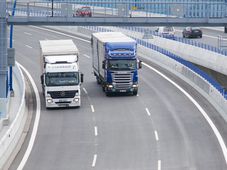 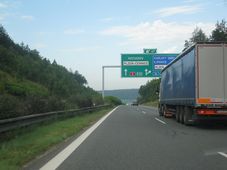