For years, Prague councilors have been announcing the end of the sausage stands on Wenceslas Square, which for some have become an institution, albeit a greasy and noisy one. Now, City Hall officials are set to serve eviction notices to all of the fast-food stands on the city’s main thoroughfare, ahead of a major makeover next year. In the future, Wenceslas Square may be sausage-free – but not if Prague 1 mayor Oldřich Lomecký has his say. 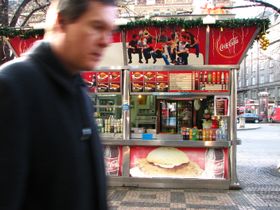 Anyone who has ever visited Prague’s Wenceslas Square will recall its many sausage stands. Something of an unofficial landmark, the street vendors offer the kind of gut-busting street foods that many people crave: fried cheese and of course, different varieties of greasy klobásy, a Czech sausage similar to the German wurst. However, the stands have long been a thorn in the side of Prague’s City Hall, which has recently announced the sausage vendors will be given a six-month eviction notice ahead of a complete make-over of the square. Tereza Krásenská is the City Hall’s spokeswoman 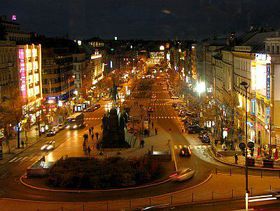 Wenceslas Square “We are planning to remove the stands and replace them with six identical small brick-and-mortar shops that will be the property of Prague 1. This will give the city the say over what goods are sold there. Our priorities are flowers, newspapers and magazines and baked goods. Fast-food is not a priority but could be offered, pending further discussion. A lot of people think the sausage stands are a nuisance; the homeless gather around them. Getting rid of them is part of our effort to make Wenceslas Square more attractive to tourists and Prague residents. We also want to transform it into a pedestrian-friendly square by reducing car traffic.” 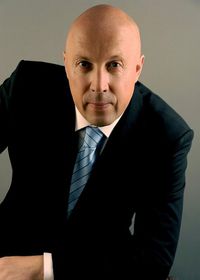 Oldřich Lomecký “Of course that is a bit of an exaggeration, but these sausage stands have been on Wenceslas Square since the days of First Republic. They are part of the local color. We do agree with the city council on most of the revitalization plans, the creation of more green spaces on the square, underground parking, etc. But until these changes are made, the sausage stands should remain there, and after that, too, but of course in a higher quality version.”

While City Hall has made it clear that the sausage stands that are currently selling their greasy goods on Wenceslas Square have to go in six months, whether or not some of the new stands that open next year will house sausage grills is going to be the subject of further debate. It is possible that Oldřich Lomecký will get his way: The city’s last effort to ban the grilled sausages from the square was met with passionate protests from the Czech capital’s wurst lovers.