Statistics show that incarceration and reoffending rates in the Czech Republic are among the highest in Europe. To combat this phenomenon 10 organisations that focus on helping prisoners reintegrate into society have decided to form an association. They hope the new alliance will bring about more flexibility, as well as greater influence when lobbying for change with the government. 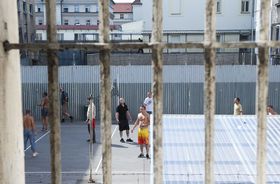 Photo: Filip Jandourek / Czech Radio A recent analysis conducted by the Evropa v datech data journalism project showed that the Czech Republic has the second highest ratio of prisoners per population in Europe, preceded only by Lithuania.

This is the consequence of a legal system that cracks down particularly hard on failed businesses and those in debt, says Petr Schneedörfler, the chairman of the group Lighthouse.

His is one of 10 organisations that have decided to join together in forming a new association of NGOs trying to ease the transition of former convicts from prison back into normal life.

“The plan is that each member will contribute to our common plan through their area of specialisation. Specifically, we want to focus on lowering recidivism through educating prisoners and improving their situation when they are released, because they encounter phenomena such as debt, unemployment and health problems.”

With two-thirds of former convicts ending up in jail reoffending rates are higher in the Czech Republic than in other developed states in Europe, where the average is between 40 to 50 percent, according to Czech Television.

Mr. Schneedörfler says the authorities are more likely to listen to NGOs if they speak with one voice.

“Being more able to apply our thoughts and experiences into future legal and structural reforms is one of the main goals of our association. It is something that we had discussed for a long time. We hope that the ministries and general administration will use our experience in order to increase effectiveness.”

One project which has shown that cooperation with such organisations can be a success is the open prison project started by the Ministry of Justice in 2017, where groups such as Lighthouse were invited to participate. 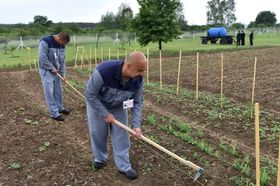 Photo: Filip Jandourek / Czech Radio The program revolved around setting up a prison facility that resembles a self-sustainable village, with educators and psychologists replacing guards and prisoners being made responsible for meeting their daily tasks.

Statistics released in August showed that only three of the 92 prisoners who have been incarcerated at the facility have since committed a crime and the state is considering building more of these facilities, if the concept continues to be effective.

There is also another factor that Mr. Schneedörfler admits has recently been having a positive impact reoffending rates – the invisible hand of the market.

“Demand for employment is so high nowadays that having a criminal record becomes much less of a hurdle. A lot of companies contact organisations such as ours, looking for employees and it can be said that many former convicts find interesting and prospective careers after serving their time.”

However, the expert says that the hiring of ex-convicts is only the result of a short-term economic trend, arguing that more structural reforms are needed. 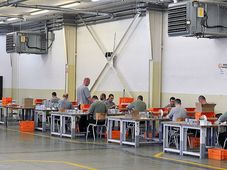 The Czech Republic’s first open prison, which went into operation nearly two years ago, is reporting a record-low reoffending rate.…