Emil Holub and the exploration of Africa

This year marks the 110th anniversary of the death of Dr Emil Holub, perhaps the best-known Czech explorer, who made vast contributions to public understanding of Africa in the latter half of the 19th century. 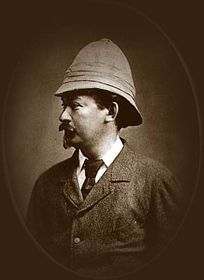 Emil Holub The story of one of the most famous Czech explorers is a testament to the adage that a person can accomplish anything they set their mind on. Emil Holub was born to a family of no great wealth in the tiny Bohemian town of Holice, near Pardubice, the son of a local physician, with no particular prerequisites for exploring the black continent, except curiosity. Martin Šámal is the creator of the Holub exhibition at Prague’s Náprstek Museum:

“According to his mother, Holub was taken by a passion for travel when he was only three years old when he saw a picture of a black man in a book. From that time on, she said, his thoughts were on Africa and his future explorations. That of course is more of a legend, but we do know that when he was thirteen he read the travels of David Livingstone and many others. Travelogues were his favourite type of literature and I would say that we could reliably date his first thoughts of travelling to the time of his secondary school studies.”

Holub’s first step towards Africa was through Prague, and the college of medicine at Charles University – not an unusual option for a person of his interests in his time, says Martin Šámal.

“Studying medicine was not as illogical a decision as it seems from today’s perspective. Back then, studying medicine was the only way for people who had interests like Holub’s – that is, in nature and natural science – to develop them and bring them to a higher level. So it was a pretty logical choice even if he hadn’t been planning to go to Africa. And what’s more, he was apparently greatly inspired by David Livingstone, who was not only a missionary but also a doctor, so that may have also been an influence.“ Immediately upon completing his studies in the spring of 1872, Emil Holub set about his dream of attaining Africa, and came across the problem that would plague his research throughout his life – funding.

“He did not originally intend such a long trip, but his first stay in Africa lasted seven years. He thought he would be staying there for a year or two, and he wasn’t even able to finance that. During his college studies though, he met the important patron Vojtěch Náprstek who gave him significant financial aid, but even the total sum of about a thousand Guldens that he was able to collect was only enough for the trip to Africa. After reaching Port Elizabeth he had to start a medical practice very quickly to support himself and his research.”

Even after reaching Africa, and settling in the diamond mining town of Kimberly, it would be another eight months before Holub was able to make his way into the African interior, first establishing himself as a doctor. 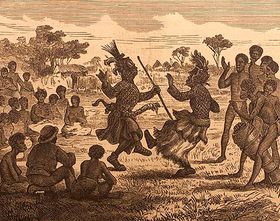 “From our perspective his medical practice looks like something he did on the side, but it was really his main activity, because for most of those seven years he was looking for funds, which eventually allowed him to make three trips into the African interior. During that first trip he made it quite far, all the way to the Zambezi river in southern Central Africa. He was not in unknown or unstudied territory, but in spite of that he made a major contribution because he described all of the areas he went through very carefully and in great detail from various perspectives of study. And the vast and diverse collection that he brought back attests to that.“

His first trip into the interior was only two months long, following a company of local hunters up the Vaal River and nearing the spot of today’s Johannesburg. He considered this trip and the next, in 1873, to be trial runs, in which he only went as far as the northernmost European settlements, but nonetheless he acquired a great amount of fascinating material that he was able to send back to Náprstek in Prague. He collected everything he found of interest, later writing: “Of all my curiosities, of which I brought back forty cases closely packed, I considered my ethnographical specimens, 400 in number, the most valuable, but in addition to these I had a great collection of insects, horns, plants, reptiles, skins of quadrupeds and birds, minerals, skeletons, spiders, crustaceans, mollusks and fossils." Náprstek, in Prague, organised the first exhibit of Holub’s discoveries at the Town Hall at Old Town Square. 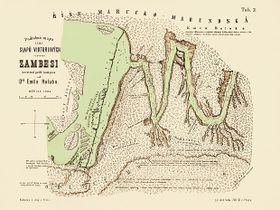 The map of the Victoria Falls “They were mostly Holub’s entomological collections: bugs, animal skins, botanical collections etc. Thanks to the fact that Náprstek had a very considerable library, he was able to familiarise the Prague public for example with literature about Africa, the newest discoveries made in Africa. So the exhibition did not consist only of Holub’s collections, it was much broader, and it was much to Náprstek’s credit that he was able to promote Holub in this way right from the beginning of his African research.“

In spite of the good results they yielded, the first two trips to the interior still were not the kind of exploration that Holub had set his mind to. His third voyage, in March of 1875, found him in today’s Zimbabwe near the Zambezi river, and presented him with real opportunities to make a mark on African exploration. The result was the first ever detailed map of the Victoria Falls region and accounts of the area, published in English four years later.

On this trip, Holub was seeking to become only the second European to reach so far into the African interior, aiming to follow the Zambezi upstream as far as possible and continue towards Angola. He set out against the good advice of the local leader, who warned him of poor seasonal conditions and malaria. He crossed hundreds of rapids and lost a boat full of valuable collections. Finally, nearly reaching the Barotse Floodplain in Zambia, he contracted a deadly form of malaria and was forced to turn back. 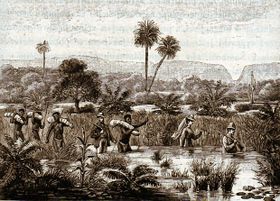 “His last trip to Africa was from 1883-1887. He tried to return again after that, he planned a third trip and wanted to make his dream of traversing the whole of Africa from the south to the north come true, but it never came to be and he never saw Africa again.

“Since the end of his second journey to Africa, Holub had more and more frequent health problems. Another problem was getting the financing. He lived in the Vienna Rotunda – one of the pavilions of the World Fair – where he exhibited his collections and by the way also had a lot of work to do in maintaining them. He organised large-scale exhibitions that didn’t much pay off financially and got him in to large debt. So I think the main reason he never returned to Africa was a combination of health and financial woes.”

Holub spent the rest of his life in Vienna, where he had greater opportunities for funding and was given a space for his collections that he could not have had in Prague. Complications from malaria and other diseases he had contracted in Africa reduced his life to only 54 years. 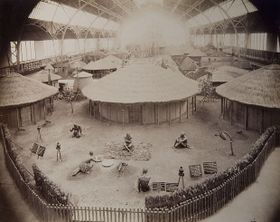 Holub's exhibition in Vienna “On the one hand he had become a traveller and expert of world renown, one of the authorities on African issues, but he lived out his life in relatively undignified conditions, financially destitute. It was only after his death that attention returned to him and he was again appreciated in his original homeland, in Bohemia. That’s the irony of his fate, that in spite of international fame and recognition he died almost forgotten in Vienna with serious material concerns.”

The Náprstek Museum in Prague will be marking the anniversary of Holub’s death in 1902 with a series of lectures focusing on more details of his life and contribution to 19th century science. 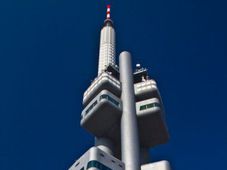 In Magazine: Czech bettors lose money on the new Pope; a good way to beat the cold is to attend the annual wine-tasting event From… 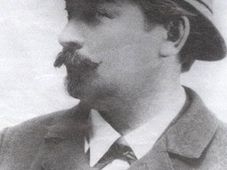 In the nineteenth and early twentieth century, much that was known about Africa in the Czech lands and the rest of the Austro-Hungarian…