What would happen if the Czechs still had a monarch? Or if the country’s population was still one-third German? What would be different today if the 1948 communist coup had been defeated? These are some of the questions explored in a new Czech TV show entitled What If which looks at some of the turning points in modern Czech history. Rather than providing answers, however, the creators of the new programme say they wanted to provoke viewers to look at some of the historical milestones from a different perspective. In this edition of Czech History, we talk to one of the authors of the new show, Eva Vojtová. 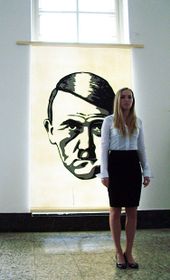 'What if?' “The idea for the series What If? came from my school project during my script writing studies at Brno’s Janáček Academy of Music and Performing Arts. The task was to come up with a TV series about history so I started thinking about alternative or contra-factual or virtual history. That means, what it would mean if some things in history had been different; if some event had not happened at all or would have had a different outcome.

“Czech TV’s Brno studio liked the idea, and asked the director Peter Kerekes to work with us. He is well known for his films Cooking History or 66 Seasons.”

How did you choose the turning points where your storylines begin to diverge from real history? What’s the scope of the show?

“We chose events in Czech or Czechoslovak history of the 20th century. We talked to contemporary witnesses, and we focused on ‘living history’, that is on events that immediately influenced present day life, something people can remember.

How did you come with the actual alternative storylines? What do you base these speculations on? 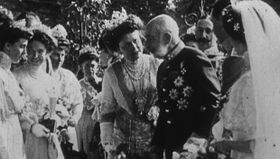 'What if?' “We worked with many historians and experts. For every episode we interviewed experts from universities and so on who give the facts and also their opinions about them. We also studied all the relevant literature about each topic. But our alternative visions are very different; for example, in the episode about the split of Czechoslovakia, we ask what if the Czechs fought the Slovaks, and the historian, Professor Rychlík, rejected the idea of this war as impossible. But in our film we anyway show what it could have been like.”

In one of the episodes, one of your guests pointed out that once you start making up these alternative storylines, you inevitably end up with a sort of tree because the possibilities multiply. How did you pick among these?

“Yes, of course, there are always many possibilities, and we had to choose one. Also, the viewers have their own opinions and visions how things could have turned out. But I think that if we made people think about what could have been different in their own lives, for instance, we were successful.”

If we could talk now about some of the episodes – for example, in one of them you talk about what would have happened if the Sudeten or ethnic Germans had not been expelled. How would that have affected the Czech history? 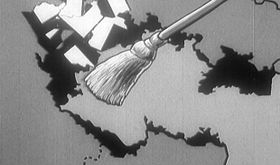 'What if?' “But we wanted to show that it would not necessarily have been that much better, that if the Germans had stayed, their lives might not have been better under communism. Or after 1948, there might not have been democracy either but another totalitarian regime, inspired by McCarthyism. So it’s provoking, it provides another point of view. And such a provoking theme of course calls for all kinds of reactions, that’s clear.”

Well it has provoked reactions. Some of the reviewers for instance noted that your alternative visions lacked realism. Was realism something you aspired for?

“I think the question is what is really realistic. We have the facts there but our alternative visions are independent of the experts and so on. I think it’s a different point of view. That might be unrealistic for some people but I’m not sure which version would be more realistic.”

Some of the episodes are about issues that are still very sensitive in the society, for instance the one about the Sudeten Germans of another which is about the 1948 coup. Do you think Czechs are ready to look at them from a lighter perspective?

“We know it’s provocative and the debates on the web or reactions in the press show that people are ready to think about such alternatives. They might disagree but they come up with their own visions.”

Do you think the series says anything about the Czech ‘national character’, if such a thing exists in the first place? 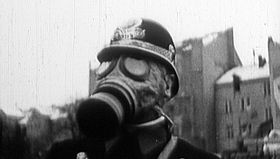 'What if?' “When we talk about such sensitive topics and think about how they affected our history, I think it says a lot about what we call the national character. For example, the issue what if we had fought the Nazi Germany in 1938 is one of the best known topics and it could have probably changed a lot in how Czechs see themselves.”

Do you see any serious mistakes that the Czechs made, any seriously wrong turn the nation took?

Well maybe you can – take the 1948 communist takeover for example. What if the Czechs had stood up to the communists – we would not have had 40 years of communism. Was that not a mistake?

“If you look at it like this, that we would not have had a totalitarian regime after 1948, then you are right of course. But our vision was different – we wanted to suggest that it might not have been better. Maybe there would have been another type of totalitarian regime. Our question was, was there an atmosphere in the society calling for some kind of totalitarianism? And we provided no answers, just more questions.”

Well it sounds like you had a lot of fun coming up with the scenarios. What are your favourite episodes?

“I enjoyed the work very much. I would invite your listeners to watch for instance the episodes what if a third world war had broken out in the 1960s which we shot in the bunker Výpustek in Moravia, or what if Moravia had gained independence in the 1990s which I think is an interesting topic also for people who don’t live in Moravia, or what if the Colorado potato bug had won. That’s probably the most hyperbolic episode about what would have happened if the 1950s communist propaganda had been right.”