With the 80th anniversary of the Munich agreement coming this Sunday on 30. September, Tom McEnchroe focused on the Czech side of Munich. Talking to the deputy director of the Institute for the Study of Totalitarian Regimes, Ondřej Matějka, about what it was like to live in the region that lay at the heart of the conflict, as well as how Munich is remembered in the Czech Republic today. 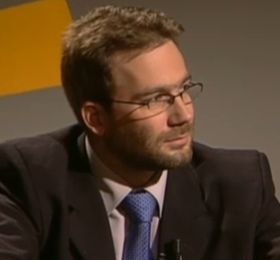 Ondřej Matějka, photo: Czech Television With me is Ondřej Matějka, the deputy director of the Institute for the Study of Totalitarian Regimes. [ÚSTR]. Mr. Matějka, how was the Sudetenland viewed after the founding of the first republic? Were there any undertones of an eventual crisis?

“Definitely. There were undertones from the very beginnings of the state. Actually, the first crisis after the founding of the new state came a few months after its foundation. The significant date was March 1st 1919, when the elections into the National Assembly of Austria were being held. The German speaking citizens of Czechoslovakia wanted to take part in these elections and through them become a part of Austria and not Czechoslovakia. There were huge demonstrations all over German towns and cities in the Sudetenland. There were many deaths, especially in Kadaň, the German town of Kaden, where the machine gun was used in order to discipline the German crowd. So, since the very beginning, the idea of having a common state of Czechs and Germans was a very complicated one.

“During the next years, step by step, the relationship was getting better. Especially from the economic point of view, because the economic situation in Germany was getting worse and worse, while in Czechoslovakia it was much better, so the loyalty of the German citizens of the state steadily went up. There were German speaking political parties in the Czechoslovak government until the late thirties. However, from the very beginning the fact of living in the Czechoslovak state was simply not accepted by the Germans.”

That brings me to the next question because, of course, earlier in 1938; certain demands for Sudeten Germans were set out by Konrad Henlein, the leader of the Sudeten German Party. The party itself was pushed by Hitler to refuse concessions. Could an agreement have been reached between the Czechoslovak state and the region’s German speaking inhabitants, if there hadn’t been this Hitler factor bent on war?

“I think that if there hadn’t been this Nazi factor or that of the crisis and if the Czechoslovak state were given more time, perhaps several dozen years, I think there were some preconditions for finding a way to live in a common state. Of course the Czechs had made many mistakes. From the very beginning for example their main mistake was to see Germans as a so called minority. If you have a state with 3.5 million Germans in a country of 12-13 million citizens, it is not a minority. There were more Germans than Slovaks in the country and the Slovaks were understood as a state/nation while the Germans were not. 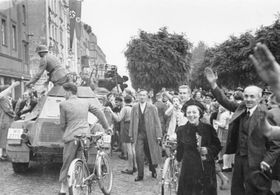 Photo: Bundesarchiv, Bild 146-1976-033-20 / CC-BY-SA 3.0 “I think however, that if there were more time, there were some preconditions, since it was one country with a long tradition of living together and the country profited from this cohabitations. I think that if there were more time and not this Nazi factor, maybe it would have been possible to find a solution. Even during the situation after the war, when the expulsion of Germans was on the agenda. For many Germans and even Czechs it was a thing they couldn’t imagine. It was the reason why after the war the Germans didn’t leave this country by their own will. They simply couldn’t imagine it. In Poland it was a different situation. The Germans really left the region because the Red Army came, because the Poles came and so on. They were very aware the borders would change. The acceptance of this fact that we [Sudeten Germans and Czechs] are somehow living together was an aspect which I think would have been important. But of course the Nazi regime, the war and the escalation in tension between Czechs and Germans ended in catastrophe."

There was very significant violence going on in Sudetenland in September 1938, with around 100 Czechoslovak personnel being killed in action and many hundreds wounded or abducted. President Benes would later state that the 17th of September was the beginning of an undeclared German-Czechoslovak war. What was the actual level of control that the state had in the region at this time?

"The military control was definitely there. Even after the Sudeten German Freikorps was founded and even though they had killed dozens of Czechoslovak officials, they were not capable of starting a sort of Sudeten German uprising. Although this term ‘Sudeten German Uprising’ is in use, it broke down very fast and, from a military point of view, wasn’t very successful. Of course they disturbed the people and there were many demonstrations but they were not able to take power and spread in all of the Sudeten German regions. There were only 16 districts out of 50 where there was an uprising. The terror was there, but there weren’t many incidents. The incidents that Hitler would need for his propaganda, that the Czechs are using violence against the Sudeten Germans, were very few. They had to provoke these incidents to have something for the propaganda."

As far as the actual situation on the ground, what would you liken it to? I am talking about September 1938. If you were a villager living in the Sudetenland what would you have to deal with? 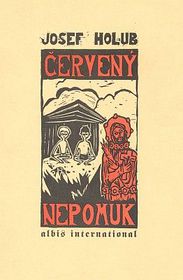 “As far as I know the problem wasn’t that the Czechoslovak state couldn’t hold the borders. The problem was more within the society living there, where the pressure from the Sudetendeutsche Partei towards our citizens and people who were sympathetic towards other political parties, especially social democrats and communists, was big. I think the Sudetenland is an extraordinary example of the making of a totalitarian society, where one power, through terror and social pressure, is taking over power in the society.

“There are many books about it. For example there is a book called ‘Červený Nepomuk’, written after the war by a Sudeten German author. It is very nicely described how the parents of a young German boy who has a Czech friend, and this friendship is getting into trouble, as their other friends are against it. The German boy’s father is a social democrat. At the end the last social democrat in the village and, if he would stay so, he would lose his job. So one day he comes late from the pub, drunk, and tells at home: “Well, it is a difficult situation but under these circumstances I think it is necessary that…”, and he also becomes a Henlein supporter. I use it often as an example because it shows very nicely how social pressure works and how step by step, even the people loyal to the state were… How do you say in English?”

Hung up to dry?

"Yeah, maybe. So they were ‘hung up to dry’. You know, because they were without the support. The problem was that the Czechoslovak state could not help the German people in the Sudetenland that were loyal to them, which is kind of a tragedy I think. We couldn’t help even from the simple point of view that, although there was radio broadcasting in German from the very beginning of Czechoslovak radio but it was only very short. Full scale German speaking broadcasting coming from Prague, came very late, sometime around 1937-38. So the information they received was mainly from the Third Reich which were of course Nazi interpretations of the political situation and so on. I think the Czechs didn’t take enough care of Germans and that that was a huge mistake. I think they didn’t take enough care about the social circumstance of the people in the Sudetenland."

Was there any attempt to capitalise on the so called ‘Munich betrayal’ by parties immediately after the agreement and also after the war? Did they differ in their portrayal of the event?

"I think that this experience with the Munich agreement led to the change of politics in general. The decision of Edvard Beneš to start a partnership with the Soviet Union was definitely influenced by Munich. So there was a kind of consensus that we need a partner in the Soviet Union and that was one of the big mistakes of Benes. Although it was not only his mistake, because all the political representation was somehow involved in this feeling that it is necessary to have a better relationship with the Soviet Union to secure the country. It was not a struggle for this policy but kind of a new consensus that everyone was taking into account. It led to the new agreement between Czechoslovakia and the Soviet Union. It definitely changed the situation after the war. It actually came step by step. The geopolitical orientation of Czechoslovak politics before 1938 and after 1945 is very different and the key question was of course this experience with Munich."

How important is Munich in Czechoslovak memory today? Is it now time to forget Munich, or look at it differently? 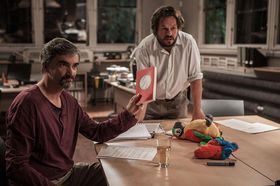 ‘Lost in Munich’, photo: Falcon "Looking for example at the portrayal in pop culture of the Munich agreement and this issue, you can see a few films from the past years with very different approaches to this issue. For example in the film ‘Lost in Munich’ [Ztraceni v Mnichově, 2015], it is very explicitly shown. I think that Munich is one of the historical issues we are capable of discussing openly. It is normal to take this position of the betrayal of western partners, but it is also very common to be self-critical and take the position of being critical of Czech politics and say that it was also a mistake of Edvard Beneš, that he relied on this alliance with France and Great Britain. That he trusted too much in diplomacy and wasn’t active enough in the partnership with these countries.

"Many other perspectives are possible. Which is ok for me as a historian or a representative of the Department for the Study of Totalitarian Regimes [ÚSTR], because history is not about having a final solution but learn for the present time. There are many things we can learn from Munich, for example how to deal with our foreign partners. It is only possible to learn however if there is a real debate about the issue. I have already mentioned the film ‘Lost in Munich’, but there is also the film about Jan Masaryk [Masaryk, 2016], which very strongly puts this betrayal in the spotlight. But then you have different films, for example this huge project of Czech Television [České století, 2013], has a chapter dealing with Munich which is totally different and underlines the mistakes made by Czech politics. This question whether we should have fought or not is still an issue. Today we can say that people can discuss it very openly."