Petr Novák: The man who wrote the soundtrack for the Prague Spring

Petr Novák's unmistakeable, delicate tenor voice is synonymous with Czechoslovak society of the late 1960s. This talented musician shot to fame in this country at the time of the Prague Spring, when his gentle love songs influenced by Western pop groups like The Beatles were hugely popular among young Czechs. His success during this era, however, proved to be short-lived and his career subsequently stagnated under the influence of communist repression and his own problems with alcohol.

Peter Novák was born in Prague in 1945 and began playing the piano at just six years of age. When he was growing up, he had initially wanted to be an actor, but music increasingly had an influence on the direction his life was taking, especially after he first heard The Beatles in the early 1960s.

The lively, Mersey-beat sound of The Fab Four had a profound effect on the young Petr Novák. He started a band with some friends and they actually even called themselves The Beatles for a while. The group subsequently changed their name to George and Beatovens, but their Liverpool-influenced sound remained.

The band surprised everyone by having a huge hit with this song Já budu chodit po špičkách (I Will Walk on Tippy Toes), which they recorded themselves in a basement. Despite the obviously bad sound quality, this song became very popular and stayed on the chart for a year and a half.

Unfortunately George and Beatovens didn't have much time to capitalise on their success. The band were forced to spilt up shortly afterwards because some members had to do their compulsory military service.

Nevertheless, Petr Novák's star continued to rise. He joined another band Flamengo and had a couple of hits with them before reforming George and Beatovens once the band's members returned from the army.

Most of the songs for both groups were written by Novák with his childhood friend and lyricist Ivo Plicka. They primarily specialised in wistful, Western-sounding love songs, which struck a chord with young Czechs and Slovaks enthused by the relaxed political social atmosphere of the Prague Spring. Veteran Czech rock critic Vojtěch Lindaur is old enough to remember the impact of Petr Novák's music at the time:

"Petr Novák was the first romantic singer in the Czech Republic. He was probably the "voice" of the Prague Spring and he was something like a speaker for the generation of the late 1960s. He certainly looked the part. He had long hair and even looked a little bit like John Lennon with his big nose. He was great."

Petr Novák and his band went on to enjoy a string of hits. The country's youth warmed to his Beatlesesque music, which chimed in perfectly with the atmosphere of that era. One could almost say he provided the soundtrack to the Prague Spring.

Unfortunately, Petr Novák's popularity during this period was to reflect badly on him once Warsaw Pact tanks invaded in 1968. Although he was never officially banned, concert promoters were encouraged not to hire this singer who had been so popular in the period leading up the Soviet Invasion. Novák's career nosedived even further when he declared a minute's silence for Jan Palach at a gig in Bratislava after the student had set himself on fire in protest at the reintroduction of hard-line communist rule in 1969.

Even if he hadn't made this political protest, it was hardly surprising that Novák would be frowned upon by the new regime. His Western-style music was also matched by a wild, heavy-drinking lifestyle not unlike that of many American and British rock stars. Vojtěch Lindaur says this is something that a lot of communist functionaries would have found hard to stomach:

"It was Petr Novák's way of living. His nickname was 'The Barrel" because he liked alcohol so much. His way of life was something that wasn't acceptable for the establishment and the 'normalisation' period of the 1970s. I remember his last concert with his band George and Beatovens in the 1972 and it was very much like the end of an era."

George and Beatovens split up shortly after this concert, primarily because they couldn't get any work. Petr Novák tried to carry on, but was soon reduced to going round clubs with his guitar looking for gigs.

This period was also marked by increasing problems with alcohol. He had always been fond of a drink and his ability to party at the height of his fame in the 1960s was legendary. By the 1970s, however, his drinking habit rapidly had descended into alcoholism. Vojtěch Lindaur believes that the repressive nature of the "normalisation" era may have had as much to do with this deterioration as any self-destructive hedonism on Novák's part:

"He was an alcoholic but what could you do in the early 1970s in Czechoslovakia if you were a singer? Or if you loved The Beatles or you loved all the things that you couldn't do here. That was probably the reason why [he turned to drink]"

The downturn in Novák's life and career was exacerbated by the fact that his gentle brand of pop music was not in demand in the period after the Soviet invasion. Vojtěch Lindaur says there was no real demand for Novák's romantic love songs, which no longer suited the mood of the Czech public during the dark days of the 1970s:

"Some people preferred rhythm and blues and black music and he was a really, really Czech singer. Most of his songs were about love and about in particular about unhappy love. We were probably more cynical than he was in those days."

Although Petr Novák made a comeback of sorts and continued to record music until his death, he never reached the heights of his 1960s heyday. This was partly because his long-term collaborator Ivo Plicka fled the country in the late 1970s, which affected the quality of Novák's output. But, after years of heavy drinking, Novák's health was also in disarray. Vojtěch Lindaur believes that this played a major role in his failure to recapture former glories:

"The records he made in the 80s and 90s were a disaster - a real disaster. It wasn't a pleasure for me to write about that, but I had to do it. I had to say that the songs were poor and the lyrics were awful. Also his voice wasn't the glittering tenor it used to be. He was very tired and very unhappy. I think he was also very ill - really, really ill. His soul was sick." Despite the fact that there was much goodwill towards Petr Novák after the Velvet Revolution, he was much too ill by then to launch a sustained effort to re-establish himself even if the concerts he did manage to perform were well attended. Years of excess and disappointment eventually caught up with him when he died of a massive heart attack in 1997.

It was a sad end to a career that had started so brightly. Vojtěch Lindaur, however, says most Czechs prefer not to dwell on Novák's difficulties in later life and instead remember the dashing young crooner who burst onto the Czechoslovak music scene in the late 1960s and who will be forever associated with the hope and optimism of that era:

"Well, he was a troubadour. He was the first rock'n'roll troubadour in the Czech Republic. And that's how he'll be remembered."

The episode featured today was first broadcast on August 2, 2006. 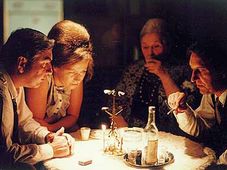 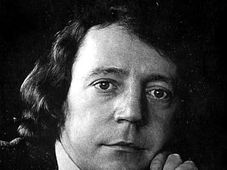 This edition of Music Profile is dedicated to the great 1960s Czech pop singer Petr Novák. In just a few years Novák, with the groups…