The 20th century saw scores of Czechs and Slovaks leaving their country to escape political oppression. After the communist takeover of 1948, some 40,000 people left and settled in Western countries such as the United States, where many of them joined various exile groups, trying to hasten the fall of the totalitarian regime and to warn free nations of the dangers of communism. In this edition of Czech History, I discuss some of the achievements and failures of the Czechoslovak émigré community in the US with researcher Martin Nekola. 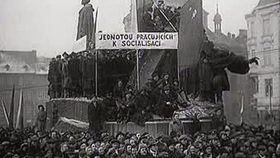 February 1948 in Prague, photo: Czech Television “The post-war exile could be divided into two main groups. The first began forming its organizations and publishing its newspapers and brochures already in 1945. This included various nationalists groups, members of political parties banned after the war, as well as sympathizers with the wartime Slovak fascist state, and so on – in general, all elements that were excluded from the post war political system.

“The other group came after the communist coup of 1948, and consisted of members of all non-communist parties – the Social Democrats, the Christian Democrats, the National Socialists, the Slovak Democrats, etc. The émigrés settled in many European countries and overseas but the exile’s most important centres formed in London, Paris, and later in New York.”

I suppose these two groups were ideologically quite different – did they find a common ground easily?

“The exile was very fragmented. The efforts, goals and ideas of what should happen in Czechoslovakia in the future were very varied, and sometimes opposing. Among the Slovak émigrés were followers of the so-called Czechoslovakism as well as vocal supporters of Slovak independence or those who proposed federalization of the country. Some of them wanted to leave these issues for after the fall of communism but others wanted to reach agreement on the future at that time, and that of course led to many disputes and problems.”

Which were the most active groups in Czechoslovak exile?

“I would mention the Council of Free Czechoslovakia, founded on the first anniversary of the communist putsch, that is on February 25, 1949. But it only represented a small section of the exile, and consisted mainly of former politicians, diplomats, journalists, government officials. It was first based in New York before moving to Washington D.C., and its representatives included Petr Zenkl, Ferdinand Peroutka, Julius Firth, and others.” 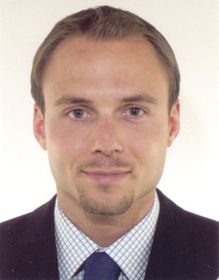 Martin Nekola In your recent article for a Czech history magazine, you wrote about an umbrella organization for several Eastern European exile groups. It was called the Assembly of Captive European Nations. How did Czechs and Slovaks participate in its activities?

“Generally speaking, the ACEN launched propaganda warfare against the Soviet bloc, and its members including the Czechs and Slovaks organized exhibitions, lectures, and so on, to warn the Western public against the spread of communism and the threat it presented to the democratic world.

“Every national group – besides Czechoslovaks also Poles, Hungarians, Bulgarians, Romanians, and the Baltic nations, could send a 16-member delegation to the assembly where they discussed issues and talked about the future of Europe, its federalization, and of course about ways of fighting communism from abroad.”

Did the group have any significance in international affairs? Did they have any influence at all on US foreign policy towards the USSR?

“Well, what can we call a success? Their émigrés’ main goal was the defeat of the communists and their return home but it turned out it would not be as easy as many of them thought. I think that until the fall of 1956 when the Hungarian uprising was crushed by Soviet tanks, they believed they were successful in getting attention and convincing the West to support them.

“But after the bloody events in Hungary, they understood the West would not intervene in favour of any nation in the Soviet bloc, and they also realized their exile would last much longer. So to answer your question, we can talk about many small propaganda achievements and we can see them as an ever-present reminder of the fact that millions of people were living in non-democratic conditions behind the Iron Curtain. But we definitely cannot consider some kind of a moving force behind international developments.” 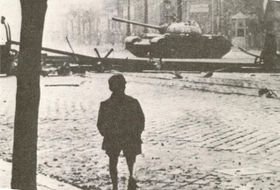 Budapest, 1956 So what did they do when it became obvious the US was not in for open confrontation with the Soviet Union?

“Well, we should also take into account that in the late 1950s and in the 1960s, the first generation of émigrés was getting old, some of them died. The events in eastern Germany, in Hungary and of course the 1968 invasion of Warsaw Pact armies of Czechoslovakia, all this had a devastating effect on the spirits and the atmosphere in the exile.”

In your article, you made an interesting point that US politicians could not afford to ignore these groups because of the electorate they represented. But what was the role of US intelligence agencies in their activities?

“The US government wanted to use the expertise and the experience of former diplomats and politicians from Eastern Europe, and helped them find employment for example. They also wanted to keep an eye on them to see what they were doing and saying to make sure it corresponded with US policies.

So an organization called the Committee for Free Europe was founded in June 1949, officially financed by sponsors but in reality by the CIA. US intelligence was heavily involved in the affairs related to Eastern European émigrés, and in the early 1950s, the committee launched several well-known projects such as a magazine entitled News from Behind the Iron Curtain, an anti-communist propaganda campaign called Crusade for Freedom, a college for talented émigrés called Free Europe University, and of course Radio Free Europe.”

Coming back to the Czechs and Slovaks in exile – how significant were the conflicts between them as to the future of the Slovak nation?

“Well, it became a big issue which led to the end of the Council of Free Czechoslovakia. Its Czech leaders were followers of Czechoslovakism but its Slovak members wanted at least some hope that in the future, the country will be at least a federation or confederation. When the Czechs did not respect these ideas and refused to include in the council’s official materials, it caused problems.”

How did Czechs and Slovaks in exile do in this respect compared to other Eastern European nations?

“Many Czechoslovak émigrés were recognized as democrats and brave fighters against communism; they published articles, gave interviews and lectures at universities, took part in international conferences, and so on. But the situation of the Czechoslovak exile was a little more difficult compared to other nations, mainly in financing. The Romanian for instance managed to get part of the national treasure out of the country; the Baltic exiles disposed of the accounts frozen by US banks after the Soviet occupation of their countries; the Polish and Hungarian groups were supported by strong compatriot communities, rich businesspeople, factory owners of Polish or Hungarian origin.