Václav Babinský – the life and legend of a Bohemian highwayman

The name of Václav Babinský is familiar to almost every Czech. The Babinsky legend lives thanks to a folk song, passed on from generation to generation and, curiously, most popular with very young children. It tells the story of a notorious criminal named Babinský who is awaiting execution in a flea infested prison. In today’s Czech History we find out whether the song remains true to history and we look at the life and legend of the 19th-century Bohemian highwayman Václav Babinský. 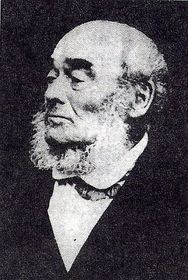 Václav Babinský Although Babinský is a well-known character in the Czech Republic, not many people are aware that he was indeed a real historic figure and that you can still visit his grave on the outskirts of Prague. Ethnologist Adam Votruba specializes in the history of robbers and highwaymen in Europe. He wrote a book dedicated to Václav Babinský.

“Václav Babinský was a 19th-century robber. He embarked on this course at a very young age, never having done any honest job. He ended up in prison and was released after serving a twenty-year sentence. In his old age he worked as a gardener in a convent in Řepy.”

That is Babinský’s life in a nutshell. But let’s have a closer look. Václav Babinský was born on August 20th 1796 in the village of Pokratice near the north Bohemian town of Litoměřice. It was perhaps his restless soul that urged him to live a life on the edge.

“Babinský was recruited into the military and because the service time was long and he didn’t like it there, he tried to get away. He finally succeeded by feigning insanity. He was placed in the Invalidovna dormitory for war invalids and veterans in Karlín but he escaped from there and returned to his native region. He started hanging out with vagrants and other dubious types and joined a group of bandits active in the Litoměřice district. Afterwards he became independent and started robbing on his own.”

In Czech popular culture, highwaymen are usually portrayed as hairy, bearded men wearing shabby clothes and living in remote caves in the forests. But according to Adam Votruba that idea hardly corresponds with reality.

“Highwaymen usually did not live in the woods. In any case Babinský lived the life of a vagrant. He travelled from place to place. He had accomplices in different villages who let him stay the night. He did not so much prey on random travellers on the roads, even though such cases were reported too. He mostly committed burglaries in homes whose owners were known to have spare cash in the house.” 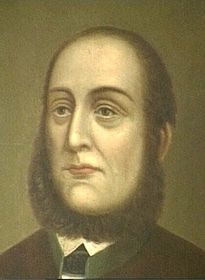 Václav Babinský By looking at his pictures, you would hardly guess Václav Babinský was not a law-abiding citizen. He rather looks like a well-to-do gentleman.

“There is an authentic portrait of his. It comes from the mid-19th century from the time he was imprisoned in Špilberk in Brno. It is an oil painting by an anonymous artist. It corresponds to two photographs from his old age after he was released from prison. It is true that he wore decent clothes and sideburns but that was the fashion of the day. But the idea of bearded highwaymen wearing ragged clothes does not correspond to reality. Highwaymen usually tried to dress well if possible.”

Václav Babinský was accused of twelve crimes by the Austrian authorities but convicted of only six of them. He was found guilty on three counts of burglary, an attack on a public official, using a false passport and stabbing one of his victims to death. Adam Votruba again:

“Babinský operated in North Bohemia in the Litoměřice, Mladá Boleslav and Děčín districts. He came from a bilingual family, he spoke perfect Czech and German and he moved around areas inhabited by both Czechs and Germans. A few times he managed to escape imminent arrest. Finally he decided to leave the Czech lands and left for Poland where he tried to start a new life. Nevertheless after five months in Poland he was arrested and after about a year he was extradited to Austria for prosecution. There is also unconfirmed speculation that Babinský could have originally come from Poland because Babiński is quite a common surname around the town of Łódź.”

First arrested in 1832, Babinský was finally sentenced by a Prague court in 1840 to 20 years of jail. In 1855 he was transferred to a prison in the town of Valdice from where he was finally released in 1861. A violent criminal with hardly anything praiseworthy about him, Babinský nevertheless soon became the subject of legends.

Václav Babinský “The legend of Babinský emerged already in the course of his life. If we look at the written documents about this legend, the oldest ones come from the time when Babinský was still in prison. As early as that, stories circulated of him reportedly stealing from the rich and giving to the poor, idealizing him. At the time of his release, there was a boom of printed materials about him. There were broadside ballads and novels depicting him as a noble highwayman. Besides that, oral legends evolved. They were recorded much later but must have emerged at that time.”

Adam Votruba says heroic legends usually appear at times when there is social demand for such a type of hero. People in the 1st half of the 19th century had a number of popular highwaymen, the fashion having originated in Germany. Václav Babinský eventually became one of them and stories about him circulated in both Czech and German.

“As for the Babinský legends which depict him as a noble highwayman, these were spread practically only among Czechs. He made his fame in the Mladá Boleslav district, but for example in the Děčín region where he committed several burglaries, there are no legends left about him. There is only one German legend which mentions his name. On the other hand, novels about him were usually first written in German and subsequently translated into Czech.”

So does the modern-day children’s song about Babinský also come from that period – a question for ethnologist Adam Votruba:

“It probably emerged later. From what I could find out about the song, it certainly existed in the 1930s. I have not found any older sources, but I can’t rule out that they exist. It is a remake of an older folk song, a sentimental prison ballad. It is known in an old-Prague version which begins with the words ‘Prison, oh Prison’. Those lyrics were later adapted to Babinský. The song doesn’t even respect the basic facts about his life because he wasn’t executed whereas this song describes his execution.”

The song also mentions Babinský’s lover. Do we know anything about his family life?

“Babinský came from the family of a hired hand. He had two brothers and as a young man, before he was recruited into the military, he helped his father with menial jobs in gardens around Litoměřice. As for marriage, we have no reliable information. He had a partner, Apolena Hoffmannová, who was also his criminal accomplice and was sentenced to prison along with him, but the two never married. He might have got married during his short stay in Poland. In the book of convicts in the Špilberk prison there is a record of his status as ‘married’ but no details are known and we know nothing about any offspring.”

After Babinský was released from the Valdice prison in East Bohemia, he spent his final years in a convent in Řepy, now part of Prague. Adam Votruba again:

“Babinský spent the rest of his life in a convent in Řepy where there was a women’s prison and an orphanage. He worked as a gardener. He got the job on the recommendation of the prison administration just after being released. According to records in the last three years he was incapable of doing any hard work in the garden but he wove baskets and made brooms. He died there in the convent in Řepy and was buried in the local cemetery. The grave is still there, it is taken care of. The old broken headstone was recently replaced with a new one and, interestingly, fresh flowers keep appearing on the grave.”

Despite his eventful and dangerous life, Václav Babinský lived to the ripe old age of almost 83. He died on August 1st 1879. Although long forgotten as an actual person, his name still lives on in a song sung by Czech children.

The episode featured today was first broadcast on October 25, 2011. 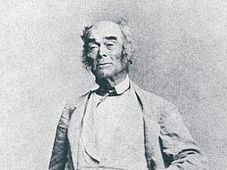 Václav Babinský – the life and legend of a Bohemian highwayman

The name of Václav Babinský is familiar to almost every Czech. The Babinsky legend lives thanks to a folk song, passed on from generation… 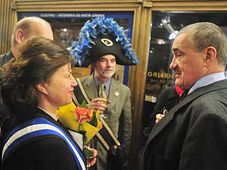 A new restaurant reminiscent of the days of the Austro-Hungarian Empire opens in Prague, a young Czech fashion designer makes dresses…