Czechoslovakia gained independence in 1918. But even now, after nearly a century you can find customs and traditions that are very similar to most countries that formed the old Austrian-Hungarian Empire. What Czechia shares with Austria and especially Vienna, is the tradition of classical dance classes that are still considered something of a “rite of passage” in both neighboring countries. 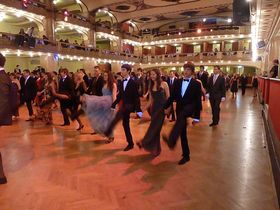 Illustrative photo: Anna Královcová Young ladies in snow-white dresses, gentlemen in dark dinner suits and white gloves. The couples circle elegantly around the ballroom to the tune of some classical melody, more often than not, a waltz by Johann Strauss. You would think that these idealized scenes died out with the swinging sixties, rock and pop music revolution that overtook the world in the past sixty or so years. But when it comes to smaller Czech cities and towns, you might be wrong. Classical dance lessons are still very much "in" for most teenagers and their parents.

OK, it is not exactly Strauss but a local big band is doing its best playing Glen Miller´s In the Mood. The ballroom in Žďár nad Sázavou, a small town on the border between Bohemia and Moravia is literally packed with young people, their parents, and friends. Tomáš is in his second year at the local "gymnasium", the Czech high-school:

"I was a bit scared when dancing with the girls for the first time, but now it is really fun."

Why was it important take the classes?

"Frankly, at first, I did not want to take them, did not think it important or even necessary. Now, I know that I would have missed a lot if I had not come. It is really good for a teenager to take dance classes, learn how to socialize properly. I want to go to balls and I do not want to be the guy who just sits there and watches the others!"

To help Tomáš not be the guy who sits in the corner, we have Jiří Černý and his wife Marcela. Meet the dance masters of Vysočina – or the Highlands Region of Czechia. Jiří says dancing has always been a big part of their lives.

"We started as a dance school in 1992, so we have been doing this for a long time. My wife and I used to be professional ballroom dancers and represented Czechia in international competitions. We were Czech finalists in both standard and Latin dances. We started out with just one course in one city here in the Highlands and our clientele gradually grew. So, for example, right now, we teach 9 courses in all the main towns in this region, apart from Třebíč."

Marcela takes up the story, stressing the importance of getting young people hooked. 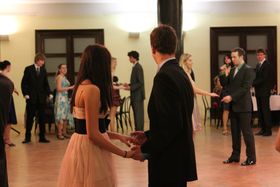 Illustrative photo: Anna Královcová "We enjoy working with young people, getting their immediate feedback and seeing that our students have fun. We keep trying to motivate them, to inject the energy necessary for dancing. And when we see that they react positively and are enjoying themselves, then we know our efforts are not wasted. I think as we grow older, we need to get this sort of feedback more and more and we really appreciate it.”

Dance classes are still considered as a sort of social education required for your off-spring if they want to become respected members of a small town middle-class community. Marcela points out that Czechia and Austria are probably one of the very few if not the only countries where this tradition still survives.

"We know that it does not work like this in other European countries. Our friends from the Netherlands came to see us and they were genuinely astonished seeing all these teenagers taking lessons in ballroom dancing. They just couldn't believe it! They said we should try to keep it going for as long, as possible. Because, when they open a course of, let´s say Cuban "cha-cha", they will get mostly adult, quite mature students – men in tuxedos, women in long dresses. Then they will be joined by some young students who often come directly from the beach in shorts and they will all together learn just the one dance over several lessons. That´s how it works in the Netherlands. So, when they saw that our courses here offer a complex instruction over nearly four months, not only in dancing but also in proper social behavior, dressing, and related skills, they could hardly believe that this sort of education in this classical form still survives. They say it is amazing!"

But even though the sight of young people waltzing is still impressive, dance master Jiří Černý notes there is a long-term decline in the number of students who sign up for these classes.

"It is not that people are not interested, it is just that the number of young people is generally becoming smaller. This has to do more with the demographic trend, the strong generation born in the 70s and 80s is gone. That is a fact and we have seen a natural decline in the number of students. Nevertheless, nearly all high-school students still come."

Still, you cannot help but notice a certain class exclusivity in the ballroom. The teenage students are much more likely to come from families of middle or higher income. They almost exclusively attend one of the local high-schools and are much more likely to go on and get a university education. It is not that working-class kids would not be welcome. But for them and their families even in relatively egalitarian Czech society the dance-classes are often something too ostentatious, even snobbish. What´s more, Marcela Černá points out that the classical dance classes are really something that survives mainly in the country and not the cities, but she hopes the tradition will not die out. 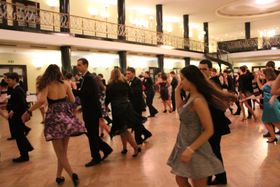 Illustrative photo: Anna Královcová "If they have fun, the dance school will be viable. Our colleagues in Prague and other bigger cities say that they have less and less teenage students and more and more adults taking the classes, the entertainment possibilities are simply different in big cities and in the smaller towns. Here, in the country, it is still the old way, the dance school is a kind of entertainment in itself as well as an opportunity to learn something new. So, we still have more kids and the courses for adults are smaller."

At least for now though, the dance classes go on. Like a living reminder of times, when Czechia was still part of the Austro-Hungarian Empire, and the Vienna waltz reigned in ballrooms around the country. 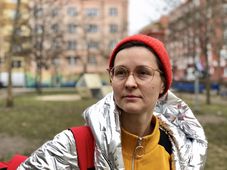 Miřenka Čechová: If my parents had known one percent they would have taken me out of ballet school 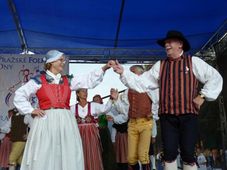 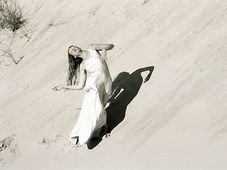 Easter celebrations in the Czech Republic, which combine both Christian traditions and ancient pagan customs, are today mostly associated…