A new study conducted by the National Health Institute has found that there are more than 5,000 deaths annually related to breathing polluted air. More than half of population as to cope on an all-too-regular basis with air full of dangerous particles and dust. 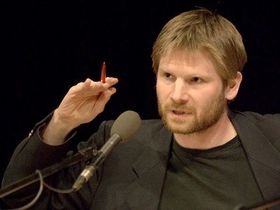 “The report basically confirms findings of governmental repots produced regularly. We have known for several years that the situation in many Czech villages is critical and that many people die needlessly because of air pollution. This is something that the government needs to do more about.”

Is it your impression that the government has not done enough?

“It depends. There are several areas or parts of the problem which need to be addressed. On the one hand, there are existing projects to help home-owners to turn to cleaner heating methods and that project has seen a measure of success. But more needs to be done to make sure financially less well-off families can afford to convert. It is generally the case that dirty energy is cheap while cleaner energy is expensive.

“Car pollution is obviously another major factor. Major road investment in cities in some cases moves traffic away from critical areas but then creates a problem somewhere else. More of an emphasis has to be placed on public transport, connecting hubs, cycling routes and to get people to leave their cars at home. Additional investment in public transport is needed to help city councils. One area which has been thoroughly neglected is air pollution concerns when it comes to city planning. The building of giant shopping centres on the edge of cities or in the outskirts can be convenient but leads to only more people driving as there is no reasonable way to get there. And that leads to more pollution again from cars.” 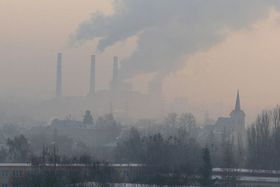 Ostrava, photo: František Tichý One of the worst parts of the country, for years, when it comes to air pollution, is the area of Ostrava. Heavy industry there plays a major role.

“It is largely because of industry, of course. Local heating and cars contribute but the industry there has had the greatest impact and is the greatest culprit, the evidence has shown. We need to work more with industry to better tackle air pollution.”

It must be very stressful, not least for families with children, to live in an area where there are often smog warnings.

“The medical evidence is that there are large spikes in the number of visits to the doctors; that cannot be denied. Of course, this is not just a problem in parts of the Czech Republic but other parts of the European Union as well.”

In the past, there were stretches when plants were ordered to shut down for the day when unacceptable levels of dust or other particles were released?

“That can help but often the warning comes too late. More needs to be done to coordinate such activities faster to have a more significant effect.” Prague, photo: Filip Jandourek More than 5,000 people in the Czech Republic die because of illness related to air pollution; yet by appearances far more attention is paid to road safety, for example, or road accidents.

“That is the nature of the situation: the latter is much more dramatic and visible. But the fact is that many more people die from illnesses related to dangerous particles and pollutants. This is an issue where a greater conversation is needed about air pollution, a substantial conversation we haven’t seen for a number of years.” 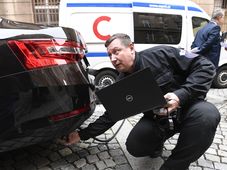 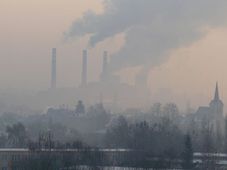