An electric-powered plane of the future will be one of the highlights at the Czech pavilion at Expo 2017, which opens later this year in Astana, Kazakhstan. The news was announced this week by one of the joint-CEOs of Arteo, the company in charge of putting together the Czech exhibit. 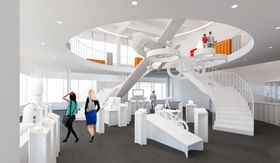 Visualisation of Czech pavilion by ARTEO CZ No doubt the Czech Republic, with a budget of around 100 million crowns, wants to make a splash at the event: Expos are a big deal. Famous past world fairs include Brussels ’58, Expo ’67 in Montreal, and Milan two years ago.

Jiřina Elčknerová a project manager at Arteo told me more about how everything was coming together and how the company was meeting the challenge.

"Expo 2017 is a perfect fit for us, involving a lot of people, a technical site, and a lot of creative work. We had to do a lot of thinking abut what should be there, how to proceed and so on. This is what we are specialists at."

In just a moment we will talk about the theme of the upcoming expo; what kind of pavilion is it in terms of construction? The interior is the main thing obviously but sometimes emphasis is placed on the exterior as well.

“Expo 2017 is a perfect fit for us, involving a lot of people, a big site and a lot of creative work.”

"It is. In this case the building is by the Kazakh side: it is not made or created by us, we will just move in. We will do just the interior and add to the facade. The site will accommodate not just the Czech pavilion but also those of a number of other countries. Our job was to make a facade which will attract visitors but the main thing was to make an attractive exhibition inside. The pavilion itself has two floors: the first will house the exposition where we are trying to show what the Czech Republic is best at when it comes to the topic of Future Energy, and the second will be for the restaurant, a conference room and the office of the commissioner. Each part is approximately 300 square meters."

The theme is Future Energy... does the interior design mirror or reinforce that concept? 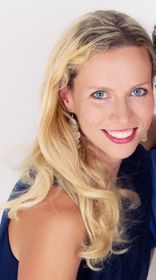 Jiřina Elčknerová, photo: archive of Jiřina Elčknerová "As you know, the Czech Republic is not a huge producer of energy or not a world player in this field. But we have a lot of clever firms and people that are coming up with new ideas and points-of-view for new solutions in existing markets. So that was our starting point and those kinds of projects will be on view. For example, visitors will be able to see an electric-powered airplane of which there are only two models in the world."

The Czech Republic is respected in technical fields and also manufacturing... This revolutionary plane, will it have a dominant spot in the installation?

"Yes, certainly because of its size, which makes it the largest exhibit in our part of the pavilion. But other exhibits are equally important."

I imagine that interactivity is an important aspect?

"It is. That is something which is a strong part of the exhibit by the Czech Republics Techmania Science Centre from Plzeň. They offered nine exhibits which are completely interactive which can be tried by all members of the family and all visitors who come to the Czech pavilion. Even children should find it a lot of fun, because it shows a lot of things in a playful way, such as how mining technology has advanced or how electricity s created and goes from the plant through the grid all the way to your home. Everything is presented in a very attractive way. Another part of the exhibit is a functioning model power plant which runs off of communal waste. That is also interactive and will operate directly in front of visitors, showing how it works."

“Everything is presented in a very attractive way and a lot of it will be interactive.”

This a tongue-in-cheek on my part, but the time when you would go to a dusty museum with a yellowing placard there or description, that is something which is kind of in the past...

"Exactly. We want people to have fun and for the pavilion to be entertaining. Of course, there is an educational aspect and we want visitors to see what Czechs know how to do... But it's Expo! It's not a trade fair about construction technology! So informative, certainly, but entertaining."

We are talking about energy and future solutions. Kazakhstan is known for a lot of non-renewable energy, natural oil and gas. Yet it seems to be looking ahead. 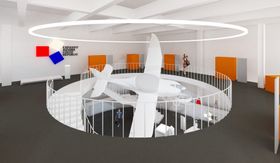 Visualisation of Czech pavilion by ARTEO CZ "Maybe I am not the best person to answer this but I would like to: from my point-of-view Kazakhstan is a country which is really on the way up. And this way up involves looking for new solutions, indeed, the best in the world. Organizing Expo, they wanted to see what was the best available and to use it.

"For example, we already know that one of the exhibits in our pavilion is already being discussed and the contracting level from the Kazakh side and they will most probably invest in some of the energy ideas from the Czech Republic which are ecologically-friendly. So I think that Kazakhstan wants to be inspired by what is on offer to go the right way, ecologically-speaking, in the future."

More than 100 countries are taking part this year; I suppose it's impossible to underestimate the kind of impact an expo like this can have for possible business ties and so on.

“From preparing the exhibits, we know there has already been an effect on business ties.”

"We certainly hope so. For us, the Expo is comparable to the Olympic Games. It is not every year and the impact can be big. There are some expos that are still talked about years and years later. In the business we refer to it as a kind of Olympic Games but of nations as opposed to athletes... In terms of Czech-Kazakh business ties, we hope they will increase. Already, from preparing the exhibits, we know there has already been an effect on business ties, we know it's good for Czech export. But just how huge or big the impact will be, no one can guess. We will know more after the expo but the full effect may be known even much later, say a year as companies work it out and reach agreements. The effect could be felt for quite a while to come." 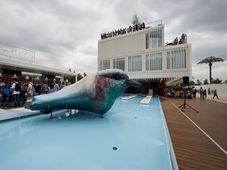 The 2015 world expo closed its doors to the public on Saturday and as Milan celebrates the success of the undertaking, the Czech team… 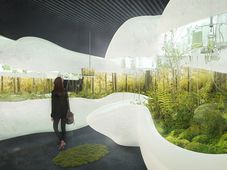 On Friday, Expo 2015 gets underway in Italy’s Milan and the Czech pavilion is ready to open its door to the public. The main theme… 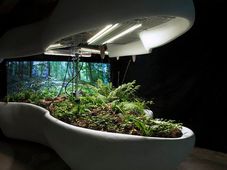 Silent Lab is the name of an ambitious Czech installation featuring this year at Expo 2015 in Milan, which begins later this spring.…