Stronger bonds and sweeter moments in your mother’s kitchen

One old proverb goes: “The way to a man's heart is through his stomach”. It may be true, that good cooking can win a man’s love. The pastry chef Iveta Fabešová believes that when it come to women, it is the cooking itself that can bring them closer together. The author of a number of popular cookbooks, Iveta decided to test out this hypothesis in a new multi-media, and multi-flavored, project Mothers and Daughters, or Matky a dcery in Czech. 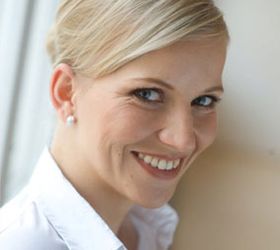 Iveta Fabešová, photo: archive of Iveta Fabešová The project was created to share culinary experiences between generations, presenting mother-daughter pairs that like cooking together. Iveta invited mothers and their daughters to join her in the kitchen to cook, talk and enjoy their scrumptious creations. I had a chance to speak with Iveta and asked what the project, which began earlier this spring, has accomplished so far.

“We are now at a stage where we shot eight videos with eight different mothers and daughters. And we launched a website for the public, where all the ladies can share their experiences and write their own stories. And they can also share their recipes.”

Was the project your idea?

“Yes, it was my idea. The company Lučina contacted me and asked me to do a normal commercial for them. And I don’t do that. So said, let’s do it differently, let’s do a project that is important for women. So that’s how the project got started.”

Why did you choose just the mothers and daughters, why aren’t men involved in the project?

“Because, I am a daughter, and I have a bit of a complicated relationship with my mother. I can see from my own experience, how important it is to have a good relationship with your mother. It creates you as a woman and that’s why I said that it is important to get good experiences from your mom and pass it on to your own family.”

Our generation and the generation of our mothers is obviously different in many ways. In the Czech Republic, there is a huge difference especially in terms of gastronomy. Through this project and your own experiences, do you think this change brought mothers and daughters to together or created a divide? 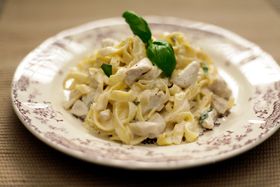 Photo: Adam Lukáš “I think it bring them together and I think that’s good. The mothers, they keep the tradition, they do everything in a traditional way. And we, the daughters, we bring a new style of cooking, new products, and we have [cooking] magazines, which my mom didn’t have. And I think it’s perfect, because they can meet in the middle and share it.”

What do you think, having done this project, is the approach of the daughters to food drastically different from that of their mothers?

“Yes and no. In one way yes, because they want to try something new, they want to experiment in the kitchen. But, on the other hand, since they grew up in the family, they keep to the traditions.”

I know that you starting advertising for this project way back in February and you ended up with eight mother-daughter pairs. How did you select them?

“Yes, we did have to select them. We just wrote on the website, write us [your] story. And how we chose them was…I read the stories and if the story was touching, I said yes I want to meet them and have them in the project. That was the selection process.”

In the videos that are already online the mother and daughter cook according to the recipes that you created. Will there also be recipes that the participants have come up with?

“I prepared 30 recipes for the videos, but now it’s totally free and open and all the ladies can write their own recipes, but the only condition is that they should bake it or cook it with their daughters.”

Having done this project, having met these 16 women, has anything surprised you? 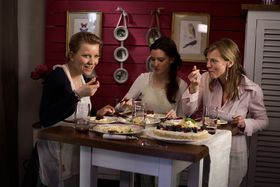 Iveta Fabešová with participants Klára and Dana, photo: Adam Lukáš “It was really an adventure for me, and I have to say that I didn’t expect that the shooting would be so difficult. But it was so touching, because all the couples, they were so different and you could see in how many different ways you can raise your daughter. And it was really surprising for me. You see how the relationships are so different and that it is not so easy, that the relationships are really difficult.”

You said that you created 30 recipes for the project. What kind of recipes were they?

“We made eight different episodes with different themes – so there was one for spring, for a bicycle trip, for Easter or for a birthday. When I was thinking of the task, I thought, if I were going for the wedding party of my girlfriend, what would I bring – I would bring cupcakes, for example. So, I knew I wanted to create cupcakes for that episode. When I go for a bicycle trip, what do you need? You need a sandwich and you need some sweets or a small snack. So, like this.”

So far, the Matky a dcery website features recipes and two videos, where participants, together with Iveta, make pita bread with curry chicken and mango, or a delicious looking lemon cake for a picnic. Starting this month, new videos, recipes and stories of the mother and daughter cooking teams will be posted every two weeks.

To get a sense of what it was like for the participants, I had a chance to speak to one mother-daughter duo – Dana and Klára. Both big fans of baking, though, the independent 16-year-old Klára often prefers cooking without her mother and has her own way of doing things. Here is what her mom Dana had to say:

“It depends on who is home first. Klára cooks if she is home before me. And if there’s something going on over the weekend, we cook and bake together. And we definitely always bake together before Christmas, with my mother as well.” 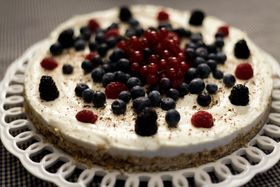 Photo: Adam Lukáš Dana, who works in a travel agency and now also helps Iveta Fabešová in her baking studio, says her cooking doesn’t differ all that much from what her own mother, Klára’s grandmother, cooked at home when she was a kid:

“It’s not that different, because I grew up on her cooking, and Klára grew up with my cooking and her grandmother’s, because she spent a lot of time with her as a child. So, we both grew up with this type of cuisine, so what we eat is not that different from what I had as a child. We probably have more fresh vegetables and salads in our diet, which were not so common before, but the basics are the same.”

Both Dana and Klára had a good time taking part in the Mothers and Daughters project, having learned some new things, meeting new people and taking part in a video shoot. I asked them, what their favorite part of the project was:

Dana: “What I liked most was working together in the kitchen, because when you cook together with a few people it is much more fun.”

Klára: “What I liked most was that we could eat it all at the end. And I was also glad that I learned how to do new things in the kitchen.”

For Dana, participating in the project also brought some long-term changes. Having hit it off with Iveta, she began helping her out in her baking studio, something she is quite passionate about.

“I also liked it, because it wasn’t just a one-off project. Now it looks like something new will come out of it and the project will keep going, and I really enjoy that.”

Although many mothers today might not have that much time to cook, and often have trouble convincing their daughters to join them, the Mothers and Daughters project could serve as an inspiration, or at least a source of interesting recipes. I asked Iveta Fabešová if she had any advice for the women cooking and living together:

The episode featured today was first broadcast on May 4, 2013.