Child obesity continues to be a problem in the Czech Republic, having risen markedly in recent years. The popularity of increasingly passive activities from spending more and more time on the computer to the internet certainly have not helped. That’s where organisers of two projects underway – Škola plná zdraví and Česko se hýbe – hope to make a major difference. 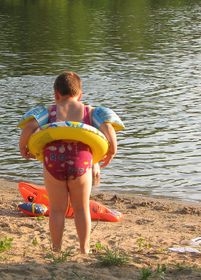 Photo: archive of Radio Prague One focuses on the introduction of healthier foods at school cafeterias. The second, on sport, physical activity culminating in aerobics and dance performances at Prague’s O2 arena on the International Children’s Day on June 1.

Eva Štovíčková is the head organiser of Škola plná zdraví – I asked her to tell me more about the project’s main aim:

“The main target is to increase the quantity of vegetable consumption by children and we have three main ambitions: the first is to offer more alternatives in school meals to make the selections more attractive, the second is to explain and show in practice how easy it is to cook those meals, and the third is to make veggies more attractive for kids. For this we use a special strategy that is playful and fun.”

I am going to ask for more details about that strategy in a moment, but we should mention this project has already been underway for some time, correct?

“Yes, it has been running for three years and the method has already been implemented in 1,400 schools in the Czech Republic and Slovakia.”

Who is the main partner involved?

“The main partners are the Czech Society for Nutrition and its president is the supervisor of the project and of course the team from the Česko se hýbe project, with whom we are cooperating on a new project in schools.”

You mentioned veggies as an alternative or broader choice on the menu: what are some specifics? 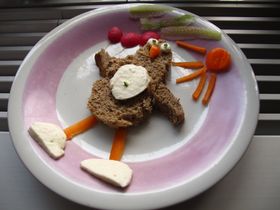 Photo: archive of Radio Prague “All the recipes that we provide are simple to prepare and have to meet certain criteria: to taste good, to be original and to be visible on the plate – colourful and not hidden in the rest of the food. It also has to be crunchy in texture and natural. Right now the most popular vegetable among kids is corn.”

It’s interesting that these kinds of strategies need to be applied, but it is certainly true that if kids see something on their plate that they don’t like the look of it won’t make it easier for them to eat it! Are there other aspects which also encourage kids to look at veggies positively?

“Our motivational game Bodíkmanie has really helped change children’s mindset or perception of what they eat. Because, they are not just eating but also playing at the same time: they have special booklets and they receive stamps or stickers for the vegetables they have eaten and it has made a big difference. During this project the consumption of vegetables per capita per child increase by two percent per year and that is a success. A lot of kids are benefiting from the change. When I visited canteens I could see that kids were really excited to get and eat these vegetables and I think we can call what is happening ‘veggiemania’! All because of points and stamps in their vegetable diaries.”

Despite your efforts, is there any vegetable that continues to meet with resistance?

“It’s interesting: 10 or 15 years ago children didn’t want to eat much spinach but that has grown popular. What they are less excited about now by far are broccoli and green beans. So we are looking for a way to teach them they’re good too.” Photo: Elias Minasi / Stock.XCHNG Health and nutrition specialists are always quick to point out that a healthy diet, while essential, is not enough on its own. Regular physical activity is also required and I discussed that with Jana Havrdová of the project Česko se hýbe. I asked her if it was the case today that too many kids weren’t getting enough physical activity.

“I think this is definitely true. It’s also not just a problem here but other countries in Europe as well as the US. They spend a lot of time with their laptops or tablets or TV which can be interesting but are not connected with physical activity. It’s a different time: when I was 10 or 15, we spent all day outside playing with other kids. Today parents are afraid for their safety, they don’t spend time as much outdoors. It’s a different period.”

Would you say there are enough organised sports for the different age groups in the Czech Republic? And if so, why isn’t the message getting across?

“I think there are. There is the Sokol movement, the organisation Sport for All, and different leagues for football and other sports. The problem is that they are maybe focussed on high performance, a high level of skills and competition and while that is good for talented and dedicated kids, it is not so good for the majority of kids. Children who specialise are not at risk of being overweight, but the rest.”

Do you think any of the blame lies with families themselves? A lot of families have two working parents who have less time for their children than they would like. Also, we are still going through a long recession: some sports or activities are perhaps cost-restrictive...

“Again, cost becomes a factor if your child is seriously pursuing a sport. But what we are promoting is physical activity in general: for children and their parents to go for a half-hour walk rather than lazing around. That too has its benefits: going to the playground, those kinds of activities, which also cost nothing. Cost is not a factor there.” Photo: archive of Radio Prague The competition which is being run under the project, bringing together kids in physical activity and fun and games, culminates in performances at the O2 arena. What exactly will visitors be able to see?

“The organiser the Czech Aerobics Union encourages children to do activities based on music. So our project which is running for half a year, involving 150 schools, asked kids to prepare dance performances or aerobics, set to music. They are not competing – that would defeat the purpose. This is about movement, social contact, fun, and working on something together.”

I imagine that the kids have been enjoying it very much: have you had a lot feedback?

“Yes. It seems that many are really enjoying it and not just them: for their teachers and coaches it is also important. There are busses of kids going from different venues to perform and for everyone it has been very exciting. You can see the energy, the smiles, it has been perfect.”

Do you think that the lessons that they learn now, in this case, will be overwhelmingly positive? Are these good habits that will last?

“This is about habits and, yes, if sport and physical activity are a deep part of your life early life, this is something that will stay with you. There is a lot of evidence to support this and the fact that physically-active people are healthier and happier in their lives. They know how to tackle problems more: they know how to win but also that sometimes you lose, that everything has a ‘cost’. I’m not talking about money but energy and work. So they are definitely much better prepared for their whole life.” 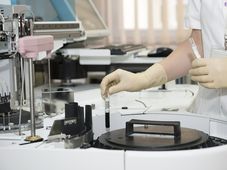 Czech scientists have revealed a substance that could help treat obesity and diabetes. 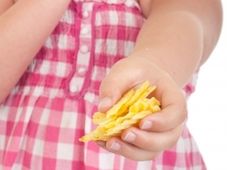