The Czech family has changed in many ways in the past two decades, with new values and gender models entering the homes, and Communist-era mentality and standards partly waning. One growing phenomenon that few want to talk about is the increasing number of single mothers. Currently, about one in every five children in this country grows up with a single parent. And most of the around 200,000 single caretakers are women. Within the EU, the Czech Republic has one of the highest percentages of single mothers within its population. 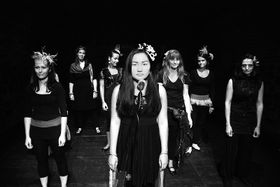 Photo: archive of Samodiva In addition to often financial and emotional hardship, many single mothers in the Czech Republic have to face strong negative stereotypes and prejudices from people around them, often including their own families. It is a social status that is still often seen as unacceptable, and the result of the mother’s mistakes. Earlier this year, a Brno-based initiative has decided to help at least some single mothers in the city with a creative approach – by creating a theater performance that is written and performed by women whose maternity leave has recently ended and who are having trouble finding a stable footing.

The project was created as a cooperation between the civic association Tripitaka social action, Brno’s center for experimental theater and ten single mothers with no previous experience in theater. The result of six months of difficult creative work was the performance called Samodiva -theatrical blues for solo mothers. The ten women had a chance to learn about acting, attended creative writing workshops, meetings with therapists and job advisors, as well as being given a part-time salary throughout the half-year project.

I had a chance to speak to the director of the performance Janka Ryšánek Schmiedtová, who is currently in Ostrava, and asked her about how her creative team chose the mothers who would be involved in the project:

“They had been chosen based on a two-part interview, but not based on their acting experience. We were trying to find clients that want to make a change in their lives and clients whom we would be able to help. 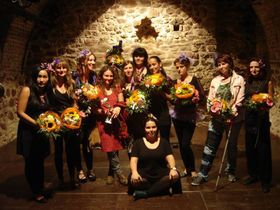 Janka Ryšánek Schmiedtová (sitting), photo: archive of Samodiva “I was working with my literary advisor Anna Savedra and our work was to lead these ten solo mothers to go back through their unique life experience. And they had to write a lot about what it is like to be a single mother. We wanted them to summarize their dreams and nightmares, and write down all the bad stuff people say about single mothers.

“And thanks to this experience, we found out what our solo mothers have in common. For example, having to stay alone with the babies, problems with money, with family.” 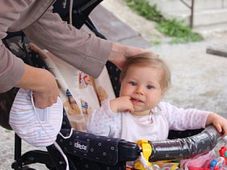 One third of Czech children now born out of wedlock

According to the latest government figures, a third of children born in the Czech Republic in 2007 were born out of wedlock. The percentage…